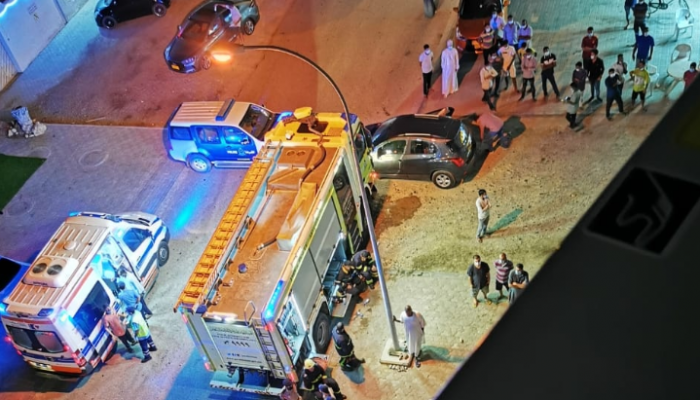 Muscat: Two people were injured and six others were rescued after fire broke out at an apartment in Muscat Governorate.

The two injured received immediate treatment and are in good health.