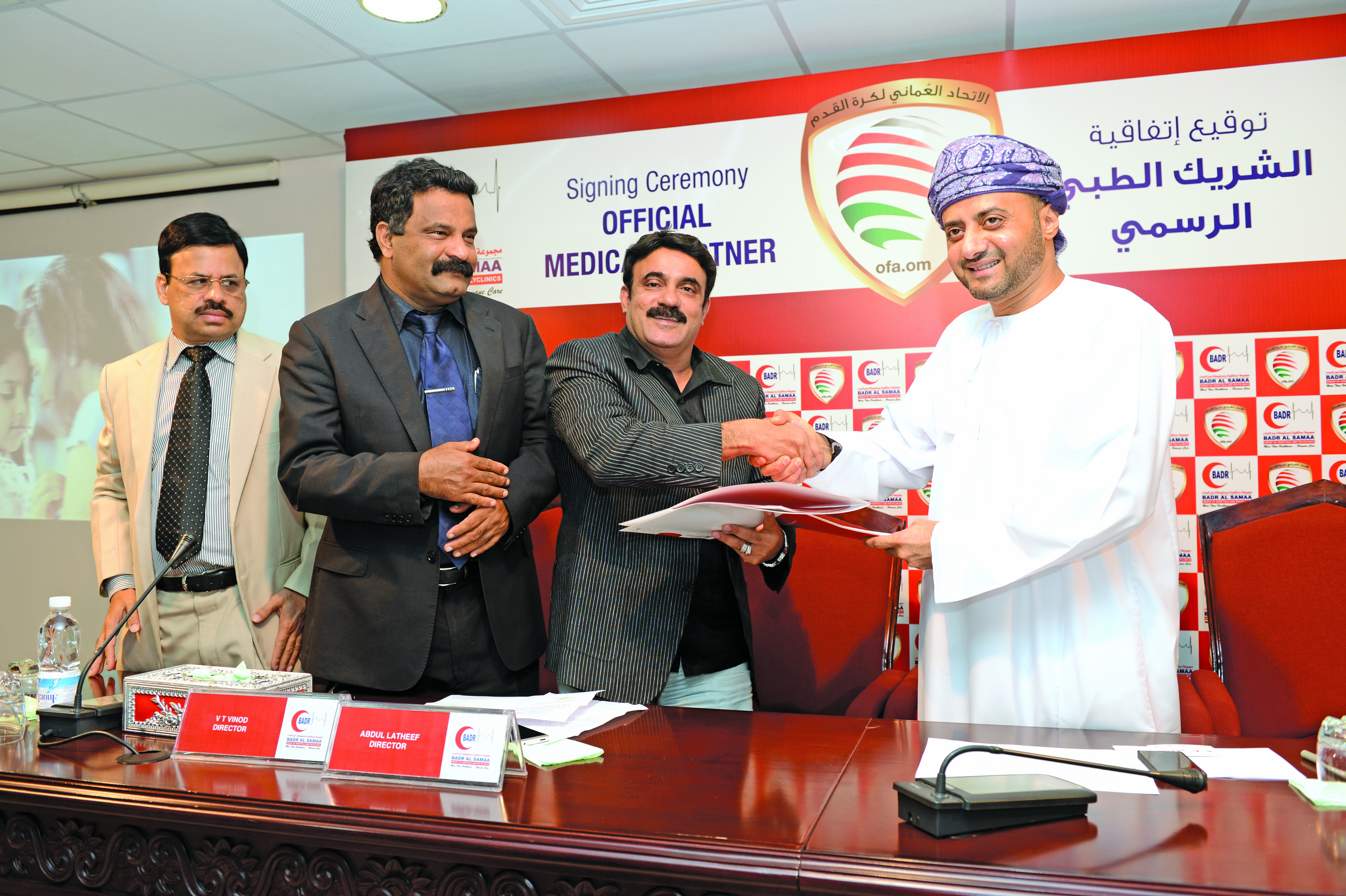 Muscat: The Oman Football Association (OFA) and Badr Al Samaa Group of Hospitals have renewed their partnership for the 2016-17 football season, according to a statement issued by the Sultanate's football governing body.
"Badr Al Samaa Group of Hospitals has had a long relationship with the Oman Football Association and have been an important partner that contributes towards football in Oman. Over the past few years, Badr Al Samaa Group of Hospitals has been key to ensuring the health and safety of football players at national team, league and grassroots level," the OFA statement said.
"They have contributed significantly to boosting the medical infrastructure around organised football in the Sultanate while also providing extensive health checkups as per FIFA standards to all of Oman’s National Teams to ensure that the players are medically fit," the statement added.
Alister D'Silva, Head of Marketing at the OFA, said: "“Badr Al Samaa Group of Hospitals has been longstanding and important partner of the OFA and we are very pleased to have them on board for the 2016-17 Season. It is with their support that we have had the opportunity to significantly improve the health and safety standards in Omani football. We look forward to working with them for the coming season.”
Badr Al Samaa Group Directors Abdul Latheef, V.T. Vinod and P.A. Mohammed expressed in a joint statement said: “Football is the most played sport in Oman and as the leading private healthcare providers in the Sultanate, we wanted to get more involved and contribute to the community. Through this partnership, we want to provide a safe and healthy environment for people to play football all over Oman.”
The new football season begins with Super Cup on September 8 and the 2016-17 Omantel Professional League kicks off September 17.