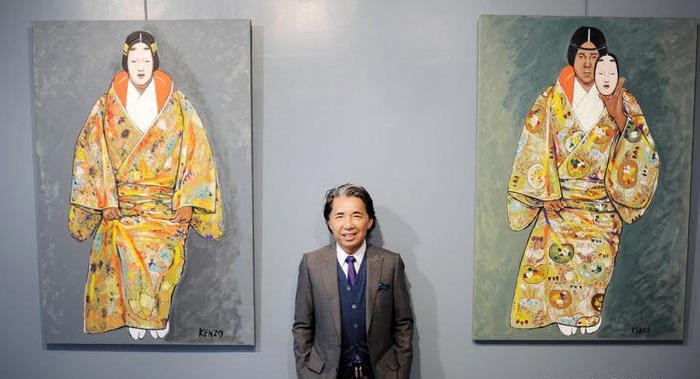 Fashion designer Kenzo Takada, who made his name into a world-renowned fashion brand, died on Sunday. He was 81.

Takada was famed for his jungle-infused designs and free-spirit aesthetic, inspired by global travel.

"It is with immense sadness that KENZO has learned of the passing of our founder," the fashion house said in a statement. "For half a century, Mr Takada has been an emblematic personality in the fashion industry — always infusing creativity and color into the world."

Kenzo Takada was born in 1939 and grew up with six siblings near the Japanese city of Himeji.

Even as a young boy with a flair for drawing he was fascinated by fashion — inspired by his sisters' magazines. He gained his first experience designing and tailoring outfits for dolls.

Takada studied at Tokyo's Bunka College of Fashion after which he had a brief stint working in Japan before relocating to France in 1965.

He arrived in the French port of Marseilles aged 25, intending to stay only for a short while, and would become the first Japanese designer to make it big in France.

The mayor of Paris, Anne Hidalgo, tweeted that the city was "mourning one of its sons," saying the designer had given space to color and light in fashion.

Takada retired from the fashion brand in 1999 to pursue a career in art.

The KENZO brand has been owned by French luxury goods company LVMH since 1993.

"Kenzo Takada has, from the 1970s, infused into fashion a tone of poetic lightness and sweet freedom which inspired many designers after him," said LVMH chief, Bernard Arnault.