Sheikh Sabah's passing away leaves a void in this Omani village 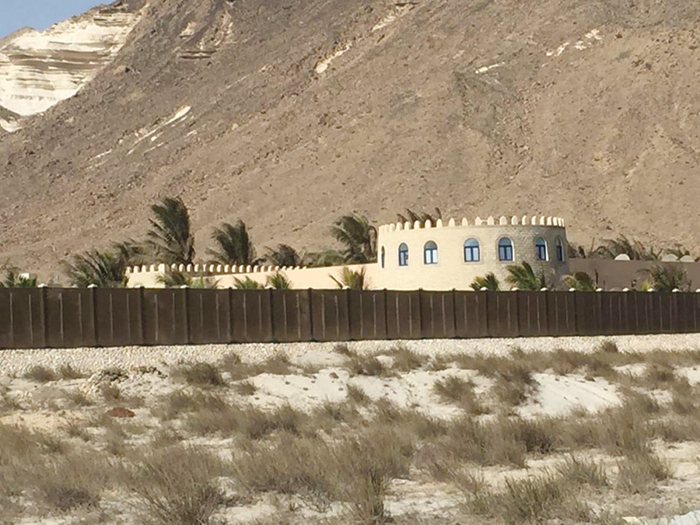 Muscat: Citizens of an Omani village on the Dhofar coastline in the country’s south have been particularly affected by the death of the late Emir of Kuwait, owing to the personal connection he had with them.

His Highness the late Sheikh Sabah Al Ahmed Al Jabir Al Sabah, who passed away at the age of 91 on September 29, had a palace of his own built in the village of Shuwaymiyyah, which he used to frequent when he came to the Sultanate.

The news of his demise was felt even more by the inhabitants of the village. “Gone is Sheikh Sabah, the man who stood for goodness,” they chanted, to mark his passing. “His memory and our love for him will remain engraved in our hearts and minds.”

People from the area, which is some 277 km from the regional capital of Salalah, and is about 100 km from the border that separates the Dhofar and Wusta governorates, had plenty of good things to say about the late Emir.

“The people of the area loved the late Emir because he was humble, and was not rigid when it came to observing formality and protocols,” said Mohammed Al Jenaibi, the Deputy Wali of Shuwaymiyyah.

“Every time he visited the Sultanate, he was offered a motorcade and official protocols would be assigned for him, but he would decline these and say ‘let me by myself’. He always behaved the way any ordinary person would.

“Sheikh Sabah would arrive here after landing at the airport in Marmul,” he added. “He would drive to this area in the afternoon, take a walk on the beach, and talk to the fishermen, asking them about the conditions at sea, and about their lives. He was a political icon and a wise leader.”

Sheikh Salim bin Suhail Al Mashani added that the death of Sheikh Sabah was a loss for not just his own people, but the entire Arab and Muslim world.

“He is an icon who represents love, peace and solidarity, and is a source of pride to the region and the world at large,” he said.

“The Gulf has lost a great leader who made his contributions and presence felt at all conferences and seminars attended by him, as well as in disputes in which he was asked to intervene.”

Adding to this, Sheikh Mohammed bin Hathith Al Bathari, said, “Every time Sheikh Sabah came to Shuwaymiyyah, his purpose was to relax and enjoy fishing. He would make it a point to ask about the best times to go fishing and the conditions we faced at sea. We used to organise fishing trips on small boats for him.

“After the establishment of his palace, his visits to Shuwaymiyyah for the purpose of relaxation and unwinding became more frequent,” he added.