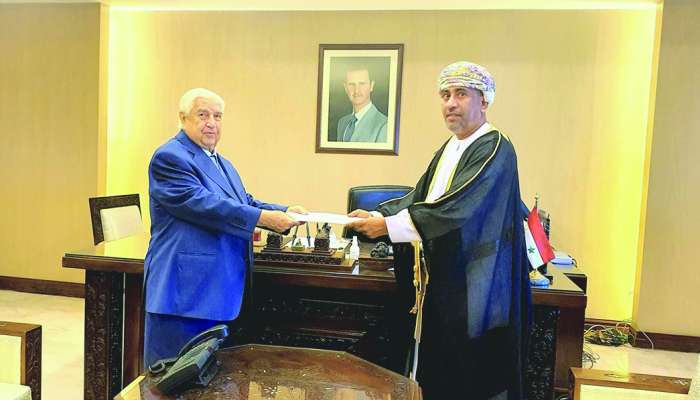 During the meeting, the deputy prime minister and foreign minister stated  that Syria  is proud of the Sultanate’s foreign policy and expressed his wishes of success to the ambassador in his duties and further boost to the bilateral relations between the two countries.