Djokovic vows not to make US Open mistake twice 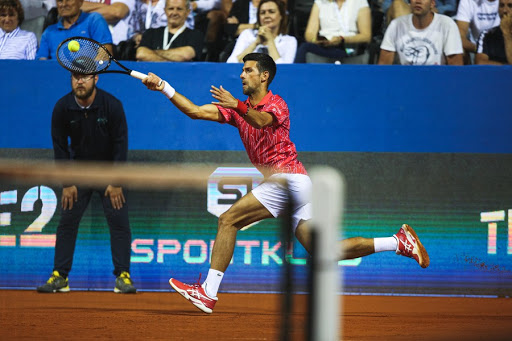 PARIS: World No. 1 Novak Djokovic on Saturday discussed his disqualification from this month's US Open and vowed not to make such a mistake again.

The controversial incident happened in Djokovic's last-16 clash at Flushing Meadows against Spain's Pablo Carreno Busta, as the Serbian smashed a ball in frustration which struck a line judge in the neck, causing her to fall to the ground.

After a discussion of around 10 minutes between tournament referees and officials, Djokovic was disqualified from the match in accordance with the rules, even though the 17-time Grand Slam winner had not intended to strike the line judge.

"I am going to be extra careful hitting a tennis ball around the court. That's something that is obviously staying in my mind after what happened in New York," Djokovic said in a press conference before the French Open.

"Of course, I will make sure I don't make the same mistake twice," he added.

His unexpected exit at the US Open didn't affect Djokovic's subsequent performance, as the 33-year-old clinched his 36th Masters title in Rome on Monday, defeating old rival Rafael Nadal.

At Roland Garros, Djokovic has another record to achieve - becoming the first men's player in Open Era history to win each of the four Grand Slam titles at least twice.

The top seed is to kick off his bid for an 18th Grand Slam title with a first-round game against Sweden's Mikael Ymer.

This year's French Open at Roland Garros is to take place from September 27 to October 11.