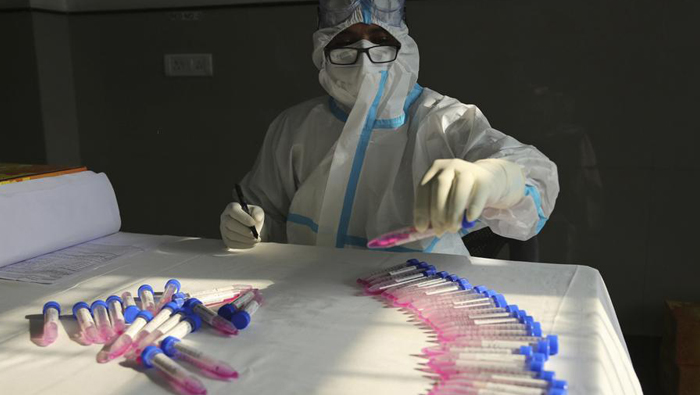 Frankfurt: The global death toll from COVID-19 looked set to hit 1 million on Monday, with a total of 959,528 fatalities due to the virus. Meanwhile, more than 30 million infections have been reported worldwide.

Infections have been reported in more than 201 countries and territories since the first cases were identified in China in December 2019.


Munich's coronavirus committee is meeting on Monday to discuss new measures to combat the rising number of cases in the city, after the infection rate exceeded 50 new infections per 100,000 inhabitants over the past week.

Several European countries could be facing second lockdowns, as the number of new cases rises across the continent. New lockdowns are coming into effect in Madrid and Vienna.

On Friday, Madrid's regional government ordered a lockdown from Monday in some of the poorer areas of the city and its outskirts, that are home to about 850,000 people.

British health minister Matt Hancock warned that the country could impose another lockdown if people don't heed measures put in place to stop the spread of the virus. New cases have risen sharply in recent weeks, with 3,899 reported on Sunday alone.

Czech Health Minister Adam Vojtech resigned amid a surge in new cases and heavy criticism for his handling of the pandemic. Prime Minister Andrej Babis said that epidemiologist Roman Prymula will replace Vojtech.

The US Centers for Disease Control and Prevention on Sunday reported a death toll of nearly 199,000. The US also reported 42,561 new cases, bringing the total in the world's most infected country to 6,748,935.


India's most popular tourist site, the Taj Mahal, reopened to visitors, even as the country of 1.3 billion people looks ready to overtake the US as the global leader in virus infections. India has eased several restrictions in recent months, including on many train routes, domestic flights, markets and restaurants.

Schools in the South Korean capital Seoul and nearby areas resumed in-person classes for the first time in almost a month, after the number of daily caes dropped to the lowest levels since mid-August.

New Zealand Prime Minister Jacinda Ardern lifted all virus-related restrictions across the country, except in the second-wave hotspot Auckland.