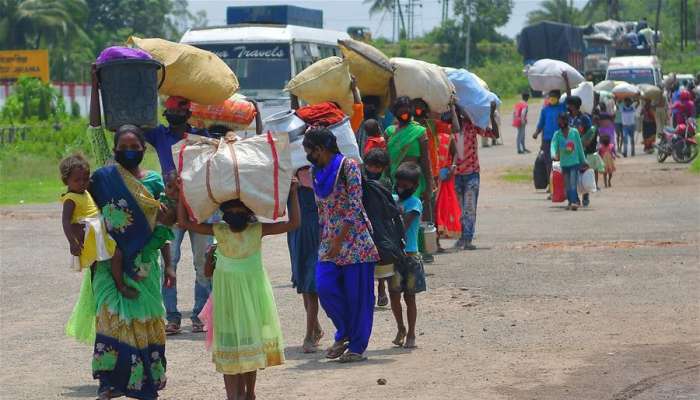 NEW DELHI: The lockdown India went through since March 25 in the wake of the COVID-19 pandemic led to huge job losses across the country as almost all manufacturing and business activities came to a grinding halt.

According to the latest data issued by the Centre for Monitoring Indian Economy (CMIE), an independent think tank, over 18 million salaried employees lost their jobs during lockdown.

The CMIE report cast serious doubts over the prospect of healthy economic recovery as job losses in the formal sector keep ballooning. According to the report, 21 percent of all employment in India is in the form of salaried employment, far lower than the number of those engaged in the informal, or unorganised, sector.

It further stated that while the employment in informal sector and rural areas have seen an uptick since April, the lack of improvement in salaried jobs paints a worrisome picture in terms of growth.

Nearly 5 million jobs were lost in July. On a net basis, the plight of salaried employees worsened since the lockdown began. In April they lost 17.7 million jobs, but by July the job losses had swelled to 18.9 million, said the CMIE report.

It concluded by saying "While salaried jobs are not lost easily, once lost they are also far more difficult to retrieve. Therefore, their ballooning numbers are a source of worry."

Presently the country is passing through Unlock phase-3. Schools, colleges, universities and other educational institutions, besides swimming pools, continue to remain shut across the country. Restaurants have been allowed to serve take-away food only.

Some states still observe strict restrictions on people's movement. Manufacturing and trading activities have begun and slowly inching towards normalisation.