Sweden sentences man to life imprisonment for genocide in Rwanda 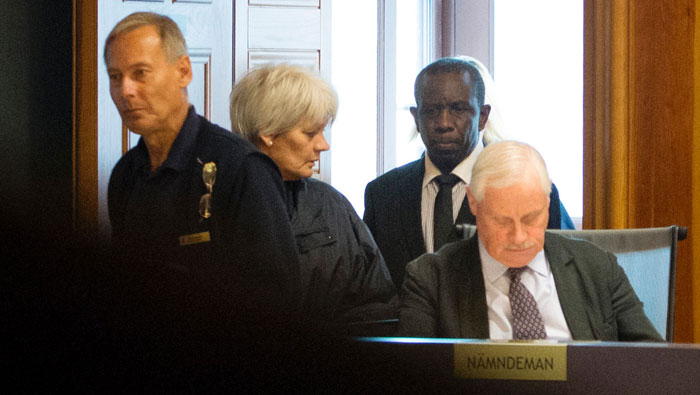 Stockholm: A Swedish court sentenced on Monday a 61-year-old man to life in prison for genocide in Rwanda in 1994, the second such case brought by the Nordic country over crimes during the conflict.
The Stockholm District Court said Claver Berinkindi, a Swedish citizen originally from Rwanda, was convicted of genocide and gross crime under international law consisting of murder, attempted murder and kidnapping in Rwanda.
"This relates to participation in a large number of massacres during the 1994 genocide where the defendant had an informal role as a leader," the court said in a statement.
Under Swedish law, courts can try Swedish citizens and other nationals for crimes committed abroad.
The court said fifteen crime victims had been awarded damages ranging from 3 million Rwandan francs ($3,781) to 10 million francs ($12,602). It was the first time a Swedish court had awarded damages to victims of genocide.
An estimated 800,000 people, mostly of the Tutsi ethnic minority but also moderates of the ethnic group Hutu, were killed by Hutus over three months in 1994 after years of civil war. The massacres raised questions about the ability or will of international organisations or states to intervene to halt mass killings of civilians.
According to the Stockholm court verdict, Berinkindi, who arrived in Sweden in 2002 and became a Swedish citizen in 2012, was convicted in absentia of genocide-related crimes by a Rwandan Gacaca community court in 2007.
He was charged in Sweden in September 2015.
The district court ruling can be appealed.
A number of Rwandan genocide-related crimes have been tried in recent years in Rwanda and other countries.
In 2013, a Swedish court sentenced another man to life in prison for genocide in Rwanda in 1994. It was the first time a person in Sweden had been convicted of genocide.
Last month, a Rwandan court handed a life sentence to a former senior politician for hate speech aimed at stirring up killings of Tutsis during the genocide.