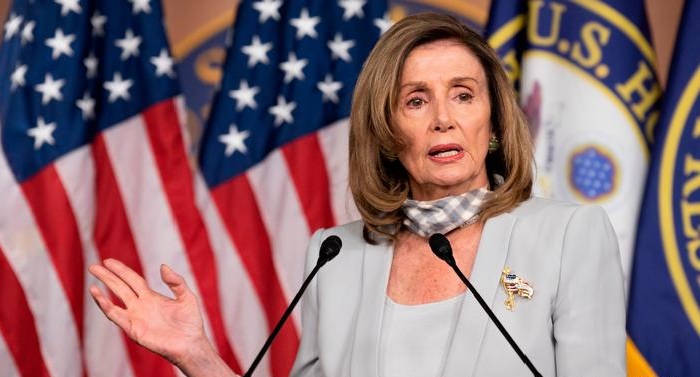 US Speaker of the House Nancy Pelosi on Sunday called on lawmakers to cut short their summer recess over concerns that the Trump administration is trying to undermine the US Postal Service ahead of November's presidential election.

The USPS is anticipating an unprecedented number of mail-in ballots due to the coronavirus pandemic. The organization last week raised the possibility that many voters will not have their ballot counted in time.

"In a time of a pandemic, the Postal Service is Election Central," Pelosi wrote in a letter to her colleagues. "Lives, livelihoods and the life of our American Democracy

are under threat from the president.''

US President Donald Trump has opposed efforts to give the USPS more funds as part of a coronavirus-related stimulus package, which would help the agency deal with the expected surge.

Trump last week said he was blocking a $25 billion (€21.07 billion) emergency funds sought by the USPS to help with processing the increased volume of mail.

Trump's new postmaster general, Louis DeJoy, sparked outcry last week over warrnings of delays and cutbacks as millions of Americans prepared to vote by mail to avoid polling stations during the coronavirus outbreak.

DeJoy has introduced operational changes and a clampdown on overtime in an effort to reduce the burden on the financially troubled service, which reported a net loss of $2.2 billion in the last quarter.

The posmaster was described by US Senator Elizabeth Warren as a "Republican mega-donor, a Trump loyalist and a walking conflict of interest."

Trump has long been a critic of the postal service, but his latest charges come as he trails likely Democratic presidential nominee Joe Biden in most polls.

The Republician president said candidly in April that mail-in voting "doesn't work out well for Republicans." He has repeatedly described such ballots as prone to fraud.

Increased mail-in voting would be a "catastrophe," Trump said over the weekend — an assertion contested by many election experts.

Pelosi wants lawmakers to vote this week on an act to "save the Postal Service."

The Delivering for America Act prohibits the USPS from implementing any changes to the operations or level of service which were in place at the beginning of the year.

Democrats expect to use the USPS issue to mobilize voters when the party opens its national convention later on Monday.