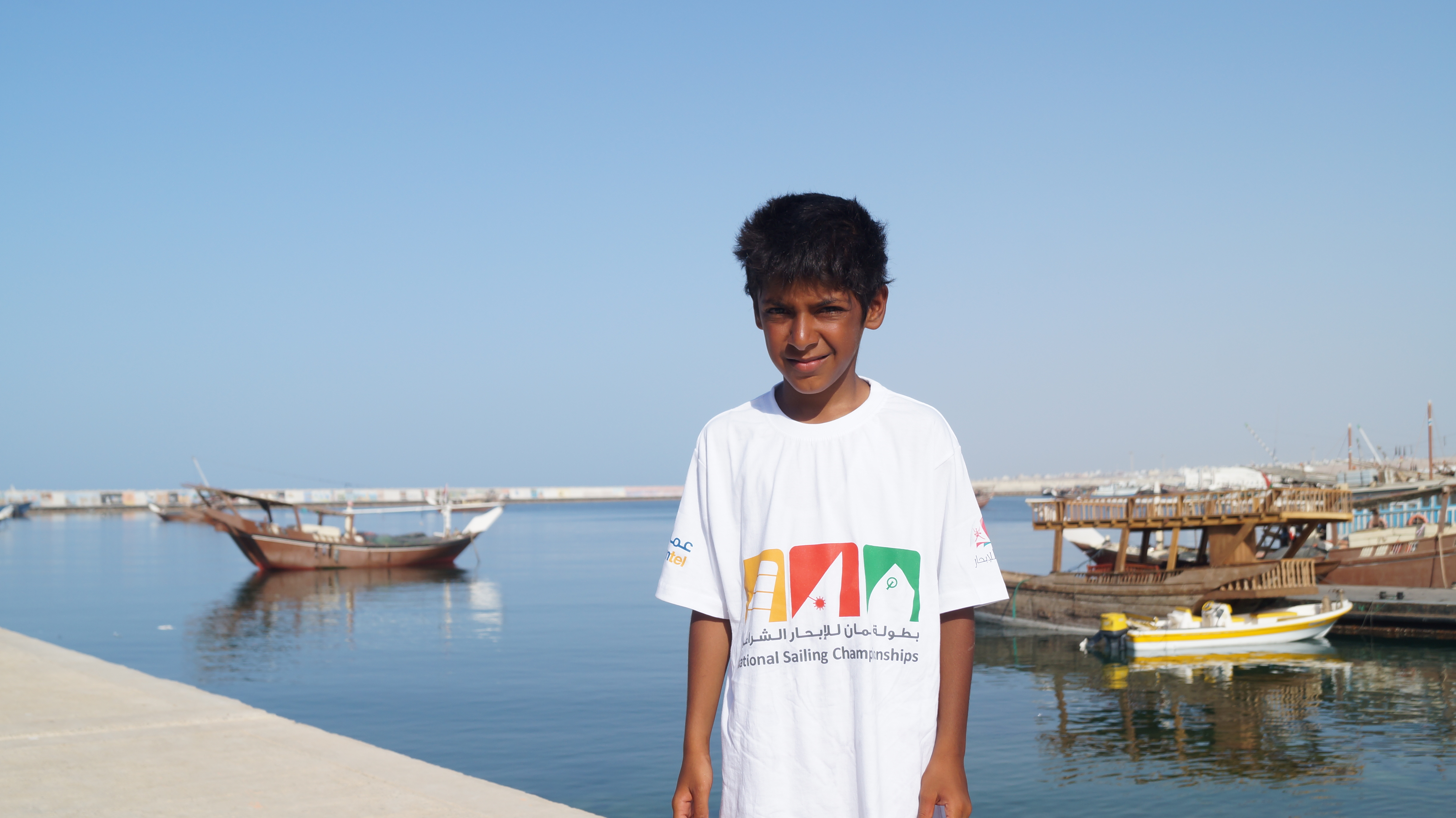 Sur: Omani sailing youth are feeling ambitious after taking part in Oman Sail’s National Sailing Championship in Sur, saying they are aiming to compete in the Olympics eventually, representing the Sultanate in several sailing classes.
Get your essential daily briefing delivered direct to your email inbox with our e-newsletter
Four winners emerged from the National Sailing Championship, which took place between August 14 and 18, ranging from the techno 6.8 and 7.8 classes, optimist to lasers, as children aged from 10 to 17 years battled it out in the open sea to claim the first prize.
All these children, including the only girl in the competition and the youngest sailor, are aiming to represent the country in the Olympics in the near future.
Abdulmajid Al Hadhrami, 16, was awarded the first place in the techno 7.8 class, a windsurfing race, and hopes that his performance will take him to the Olympics in the near future.
“There was strong competition, considering there was little wind. It was challenging when there was a strong current. The hardest thing about windsurfing is controlling the board when there is a lot of wind,” Al Hadhrami explained about the five-day championship.
When asked where he would like to be in the future, Al Hadhrami said, “My ambitions are to keep winning and represent the Sultanate in several world competitions and be up there with the best. I would like to one day raise the flag of the Sultanate at the Olympics.”
Abdullah Al Sarhi, 14, also stood first in the techno 6.8 class and said the challenges are the strong currents during the first few days of the competition, and little wind during the final stages.
“I had planned my route during the race. So I kept planning until the race started and thankfully there was some good wind in my path and I came out on top,” stated Al Sarhi, while elaborating on his winning strategy.
“Of course I will want to keep winning and be better so that I can compete in the Olympics,” said the ambitious young sailor.
Zakariya Al Wahabi, 16, the winner of the laser category in sailing, said the first few days he felt the race was difficult because the boat was new for him and he had gotten little time to train on it.
“I faced a few challenges, but I kept training to the best of my abilities, although there was little or no wind. I had to play with the waves, tighten or loosen up my mainsail and most importantly focus while sailing,” said Al Wahabi as he explained his training, which led him to win in his class of boats.
“If God wills I would want to reach the Olympics and raise Oman’s flag, raise the flag and make the country proud,” said Al Wahabi, adding, “Anyone can make it anywhere as long as they focus on what they like and work hard to achieve their goals.”
Al Moatasim Al Farsi, 14, the winner in the optimist category has been training for three years, which helped him secure first prize after such dedicated hard work.
“The wind speed kept increasing and decreasing, which was quite challenging and there was a lot of competition between the other sailors,” explained Al Farsi about his experience during the race.
“After this I hope to sail in the extreme series and in the Olympics, which is a dream of mine.”
The only female in the competition represented women well as she also achieved a respectable position as the second place winner in the optimist category.
Samiha Al Riyami, 14, competed in the optimist category and said, “It feels a little bit weird being the only girl, because there isn’t anyone there to be with me and talk to me, but the guys support me.”
**media[478742]**
She added that being the only female in the competition makes her feel empowered.
“I see myself in many more races and if God wills, get better positions. I also want to go to the Olympics,” said Al Riyami.
Advising other female competitors, she said, “I would like them (girls) to join sailing to show them the girl power we have.”
Usama Al Zadjali, 10, was the youngest sailor in the optimist category, also dreaming big of going on to the Olympics. The shy young tyke did not have much to say, but hopes to improve his sailing techniques and join the big leagues in sailing as he gets older and becomes more experienced.
**media[478752]**