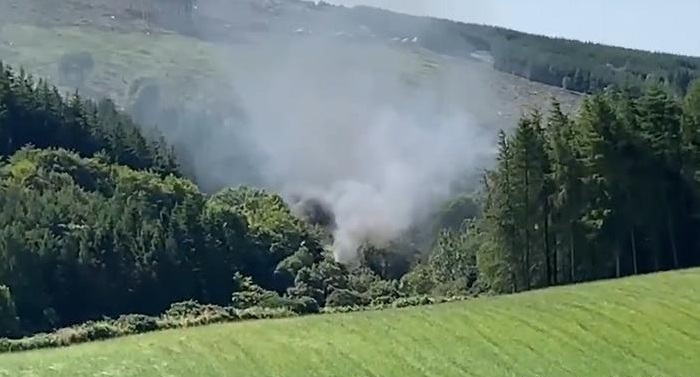 Emergency services have been deployed to a major train derailment near the Scottish town of Stonehaven, 15 km (9 miles) south of the city of Aberdeen.

Officials said there were reports of serious injuries. Smoke could be seen rising from the scene of the accident.

"This is an extremely serious incident," said Scottish leader Nicola Sturgeon. "I've had an initial report from Network Rail and the emergency services and am being kept updated. All my thoughts are with those involved."

Sturgeon said it was a passenger train.

"Although details are still emerging I am afraid to say there are early reports of serious injuries," she said.

A Police Scotland spokeswoman said: "Emergency services are currently in attendance and the incident is ongoing."

"I am saddened to learn of the very serious incident in Aberdeenshire and my thoughts are with all of those affected. My thanks to the emergency services at the scene," he tweeted.

Local reports said there had been storms and flash flooding in the area overnight.

Stonehaven is located on the transit route linking Aberdeen with the cities of Glasgow and Edinburgh.

Major rail accidents are rare in the UK. The last fatal derailment was in 2007.