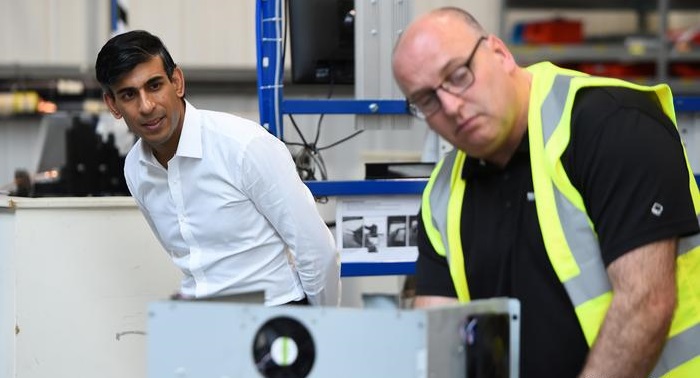 The UK on Wednesday officially fell into recession for the first time in 11 years. The economy collapsed by a record 20.4% in the second quarter, compared to the first quarter, as a result of coronavirus lockdown measures imposed to contain the outbreak.

Between April and June, household spending plunged as businesses were ordered to shut down, while industries such as construction rolled back on output and production.

"The recession brought on by the coronavirus pandemic has led to the biggest fall in quarterly GDP on record," Jonathan Athow of the Office for National Statistics (ONS) said.

Data from the ONS showed that the UK economy had a 2.2% quarterly contraction in the first three months of the year.

The technical definition of a recession is two straight quarters of economic decline.

The economic decline was concentrated in April — the peak of lockdown.

The ONS said the economy bounced back in June as the government started to relax coronavirus restrictions.

Non-essential retailers in England, including clothes shops and bookshops, reopened their doors on June 15.

"The economy began to bounce back in June with shops reopening, factories beginning to ramp up production and house-building continuing to recover," Athow said. But "Despite this, gross domestic product (GDP) in June still remains a sixth below its level in February, before the virus struck," he added.

The UK's service sector, which makes up four fifths of the economy, suffered the biggest quarterly decline on record. Car manufacturing, meanwhile, faced its slowest production rate since 1955.

Chancellor of the Exchequer Rishi Sunak warned that the economic slump would lead to further job losses in the coming months.

"Today's figures confirm that hard times are here," Sunak said. "Hundreds of thousands of people have already lost their jobs, and sadly, in the coming months many more will."

Some 1.2 million employers have taken advantage of the government's Coronavirus Job Retention Scheme to furlough 9.6 million people at a cost to the government of 33.8 billion pounds ($44 billion, €38 billion).

Sunak said he is ending the program in October because it gives "false hope" to furloughed workers and hinders them from getting new jobs as their skills decline.

The UK's recession is deeper than those recorded by comparable countries such as the US and other European economies, notably Germany and France.

Germany's governing coalition in June agreed on a €130 billion stimulus package to help pull the country's economy out of recession. The government hoped the package would ease Germans' financial strain and boost consumer spending.

In comparison to other European countries, Germany's almost one month of lockdown was relatively short. But the German economy still went into recession in the first quarter of 2020.

Unemployment in May rose from 5.8% to 6.3%, figures which could have been higher if it were not for Germany's "kurzarbeit" program, a wage subsidy scheme that allows struggling companies to decrease employees' working hours instead of making them redundant.