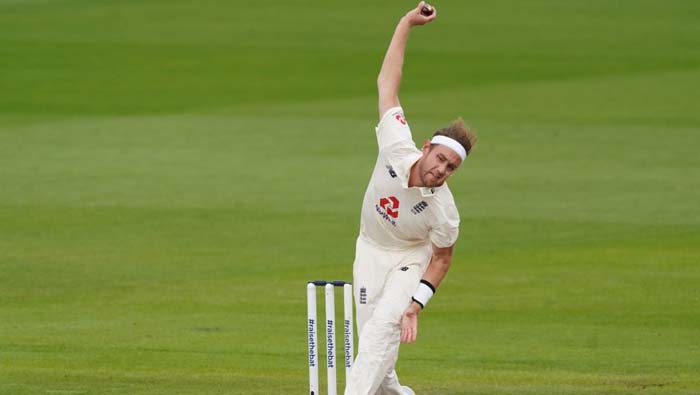 Manchester: England declared their second innings at 129 for 3 and gave West Indies a target of 312 runs to win the second Test at Manchester on Monday.
However, during the run chase, Windies slumped to 24 for 3 in 9 overs, giving England a hope to draw parity.
Half-centuries from three of West Indies' batsmen ensured they saved the follow-on, forcing England to bat again on the evening of the fourth day in Manchester.
England would have gone into the day hopeful of at least one early wicket, with nightwatchman Alzarri Joseph at the crease alongside Kraigg Brathwaite. But the pair added 38 to the overnight total, stretching their partnership to 54, before the introduction of Dom Bess proved Joseph's downfall.
Shai Hope stuck around until lunch, with the third-wicket partnership passing fifty soon after the break before Hope feathered an off-cutter from Sam Curran through to the wicket-keeper.
The biggest partnership of the innings followed as Brathwaite and Brooks combined to add 76 runs in 22.3 overs. England were forced into adopting an approach of bowling short with a packed leg-side field, which eventually yielded reward for Ben Stokes as a leading edge from Brathwaite on 76 offered a simple return catch.
Brooks was joined by Roston Chase, and the pair saw the Windies through to the second new ball. Against the hard new ball, Stuart Broad went on a charge, removing Brooks, Blackwood and Dowrich in consecutive overs to keep England in with a chance of enforcing the follow-on.
Woakes added the wicket of Jason Holder to the new ball's haul with the visitors still 10 runs away from making England bat again, but Chase cashed in off an over from Curran to put West Indies minds somewhat at ease. Chase managed to snag an eighth Test fifty before Woakes polished off the innings with a pair of wickets in the 99th over, leaving England with a first-innings lead of 182.
In search of quick runs, Stokes and Jos Buttler were sent out to open in place of Rory Burns and Dom Sibley. However, Buttler dragged on in the first over without scoring, giving Kemar Roach his first wicket and dampening England's ambitions. Zak Crawley at No.3 scored 11 before Roach uprooted his middle stump.
Captain Joe Root calmed things down, remaining with Stokes to stumps and adding 20 runs in just under four overs. England ended the day with a lead of 219 as they look to keep their hopes of a series victory alive.