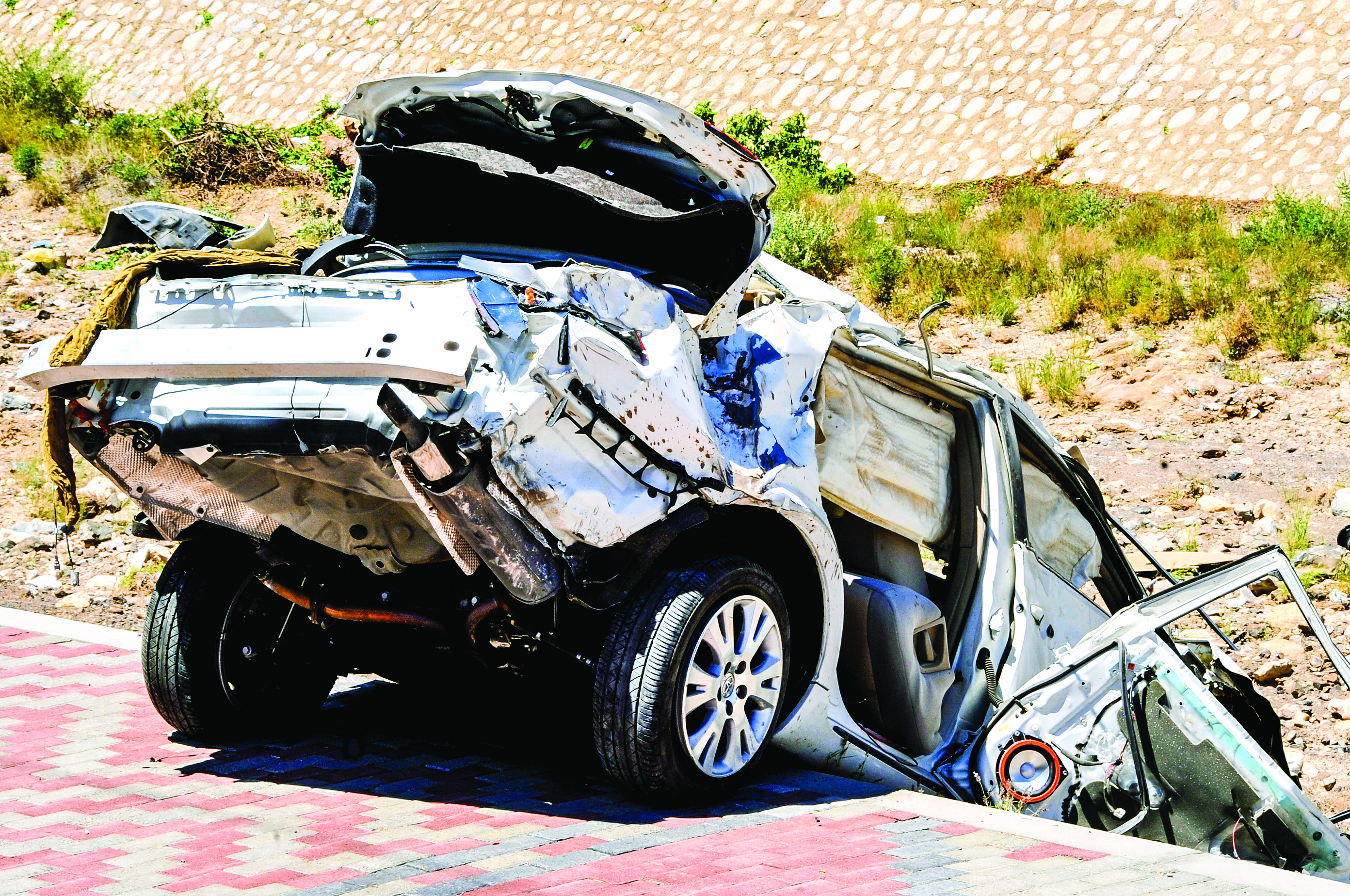 Muscat: Motorists are failing to heed warnings after the Sultanate witnessed 18 deaths on the roads in just a few weeks, safety campaigners say.
Get your essential daily briefing delivered direct to your email inbox with our e-newsletter
“It’s both saddening and frustrating to see that so many people have lost their lives in road traffic incidents. The number of people dying in single incidents is shocking and suggestive of the fact that the wearing of seat belts, adhering to the speed limit and appropriate overtaking are being ignored,” Mark Pudwell, Business Development and Training Manager at Competence HR LLC and a safety expert, told Times of Oman.
In the latest in a series of death crashes, in Adam yesterday, five more Omanis were killed in a road accident.
Read here: Five die in Adam road crash
According to a Royal Oman Police official, three vehicles were involved in the accident. “Five lost their lives and six are admitted to hospital with injuries,” the official added.
On July 31, five people, including two police officers, were killed in a horror smash in Al Khoud by a ‘drunk’ driver, on August 1, two Emiratis, a son and father, died in a Haima crash.
On August 2, an Indian salesman lost his life in an accident near Sur, and on August 9, four Omanis and an Ethiopian housemaid were killed in an accident in Haima.
According to Pudwell, the most important tool in the box for any driver is common sense and sadly that is often forgotten.
Neelesh Sogani, another road safety expert in Oman, said every single life is important and non-replaceable for the families and dependents. “The new law, which will come into force on September 1, can somehow help in the reduction of violations but it cannot achieve goal zero until the individuals recognise the importance of following rules. The habit and culture of playing with rules and ignorance do not go away,” Neelesh said.
This year in June, 72 people were killed in road accidents and the number was 54 in May and 50 in April. July statistics are not yet available. Since the beginning of 2016 until the end of June a total of 2,100 accidents took place which left 336 people dead. During the same period in 2015, the number of deaths was only 310.
That translates to two deaths per day, according to data from the National Centre for Statistics and Information (NCSI). The number of deaths has increased by 8.4 per cent.
Omani deaths registered a 4.3 per cent rise with 219 recorded while expatriate deaths due to road accidents rose by 17 per cent with 117 during the first half of this year.