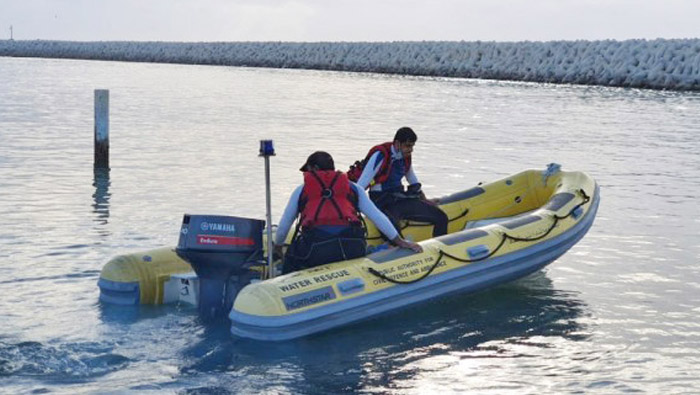 Muscat: The Public Authority for Civil Defence and Ambulance (PACDA) dealt with 369 drowning accidents in 2019, which increased by 30 per cent over the past year.
Last week PACDA reported a drowning accident of two citizens in wilayat of Saham where one person has been rescued and the body of the other man found after 16 hours.
PACDA officials said in a statement, "Drowning are frequent accidents especially during summer, where people head to valleys and beaches to escape the hot air and to enjoy nature, but among them are those who are not good at swimming, even adults or children."
According to the statistics issued by PACDA, during 2019 there were 369 drowning accidents were reported, compared to 225 accidents in 2018, that is an increase of 144 accidents.
"The places that record frequent cases of drowning are wadis, beaches and water channels, as well as dams, ponds, wells, open water reservoirs and crossing the wadis during the rains, in addition to the water pools after the rains. The causes of drowning accidents are generally attributed to the lack of swimming skills as well as swimming in unallocated places such as agricultural ponds, dams, water channels, and dangerous water pools in addition to the random rescue that sometimes leads to more than one person drowning at the same time," PACDA added.
The failure to monitor children during trips and parks near bodies of water and non-compliance with guidelines as well as the risk of crossing valleys while running are additional causes for such incidents.
To reduce drowning accidents, the PACDA calls upon all to follow safety instructions that include swimming in places designated for that. In the event that swimming pools are used on farms or homes they must be provided with fixed ladders and metal handles distributed over the circumference of the pool. Life jackets and swimming jackets must be provided and the swimming pool should not be fully filled in the event that it is used by children. A person who is able to swim should be present to monitor children while they are swimming.
The authority concluded their statement saying that "You must ensure that the pool is free of children when leaving the place. And when necessary, call the emergency phone (9999) or (24343666). We wish you all a safe summer."