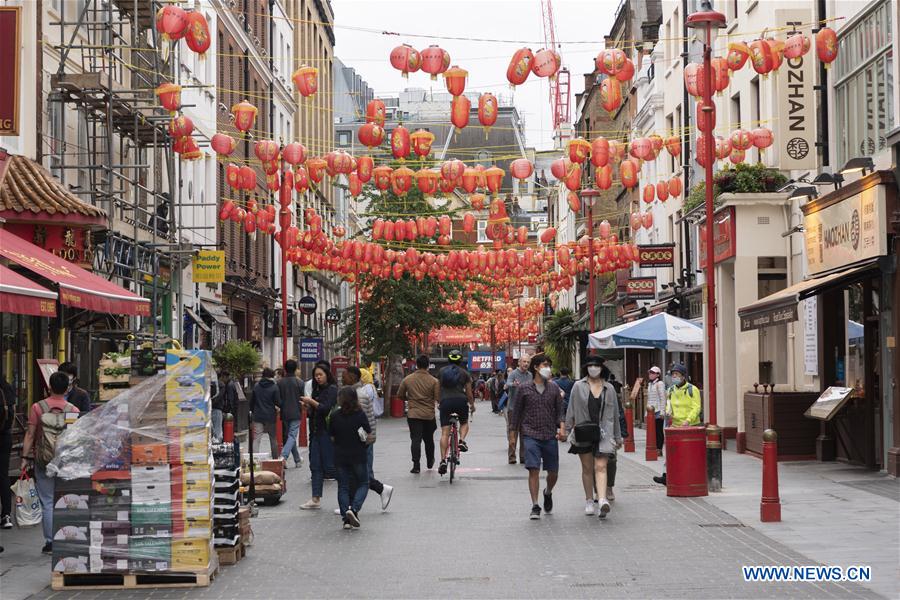 LONDON: Millions of people in England emerged from the COVID-19 lockdown on the so called "Super Saturday" to enjoy coffee shops, bars, restaurants and hair salons for the first time in over three months.

Meanwhile, political leaders and health chiefs were nervously watching the day's progress, gauging the impact of the first taste of "real freedom" since March.

As dawn broke across England, queues were already forming outside barber shops with men eager to part company with their lengthy hair.

One of the first to have a hair trim was Keir Starmer, leader of the main opposition Labour Party.

Pubs and bars were allowed to open from 6 a.m. (0500 GMT), but the real test will come when younger people head out for their traditional "Saturday Night Fever" visit to their favourite drinking haunts.

Many people arrived early morning at their local pubs, enjoying a pint of their favourite beer with a traditional English breakfast of bacon and eggs.

Also on Saturday morning, a brief ceremony was held in China Town in central London to launch the re-opening of businesses in the area.

Hospitality UK estimated that 53 percent of pubs and bars and 47 percent of restaurants will reopen this weekend. They predicted it would generate 9 million visits.

In advance of the biggest easing of lockdown rules, British Prime Minister Boris Johnson said it would benefit the local businesses as well as the whole country, warning he would not hesitate to re-impose restrictions if the new freedoms sent the number of coronavirus patients rocketing.

Johnson said anyone flouting social distancing and secure rules not only puts everyone at risk, but will be letting down businesses and workers who have done so much to prepare for the new normal.

The relaxation rules means that from Saturday where it is not possible to stay two meters apart, people should keep a distance of at least one meter while observing precautions to reduce the risk of transmission, such as wearing a face covering and avoiding face to face contact.

Robert West, an epidemiologist at University College London said infection rates are still not coming down very fast in England.

He told the BBC Saturday in an interview: "We are looking at around 20,000 new infections a week and around 1,000 deaths a week and the rates aren't coming down very fast so people have to be tremendously cautious."

England's Chief Medical Officer Chris Whitty also called on people to take a disciplined approach to social distancing, warning of the risk of coronavirus spreading in pubs and bars.

Whitty said there was a real possibility of a second wave of virus infections if people do not take social distancing measures seriously.

Restrictions still apply in Wales, and until July 6 in Scotland, prompting fears people will cross borders to visit bars in England.

Meanwhile, people in Leicester could only watch on as the rest of England celebrated. A new strict law came into force Saturday to enforce continuing lockdown rules after a spike in coronavirus cases in the city.