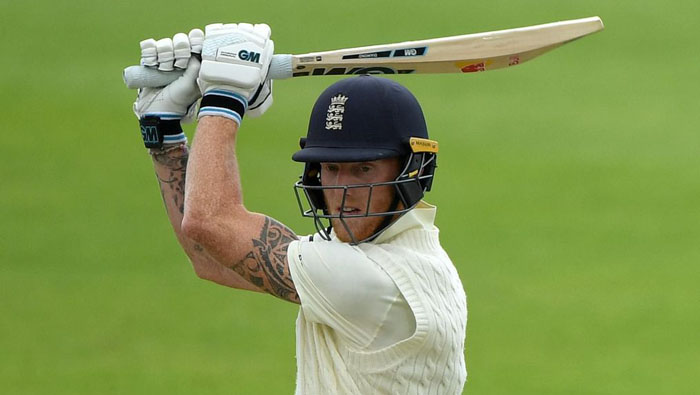 London: Ben Stokes is set to become England's 81st Test captain in the absence of Joe Root, it was confirmed, as the hosts released a 13-man squad for the first Test against West Indies due to begin on July 8.
England's regular captain Root will miss the game in order to be at the birth of his second child.
The 13-man squad is heavy on the pace department, featuring James Anderson, Stuart Broad, Jofra Archer and Mark Wood in addition to all-rounders Stokes and Chris Woakes. In the spin department, England have gone with Dominic Bess. While Jack Leach has been left out of the main squad, he is part of the reserves, which features nine men.
Sam Curran, who was withdrawn mid-way through the three-day intra-squad warm-up game owing to a stomach bug, is also part of the reserves, as is wicket-keeper Ben Foakes.
Notable omissions from the 30-man training squad include Jonny Bairstow and Moeen Ali. Bairstow's position in the side had first become uncertain in 2019 after a prolonged run of low scores. He was initially left out of England's squad for their tour of New Zealand but was able to find a spot due to injury to Joe Denly. He then got a spot on the tour of South Africa but scored only ten runs in two innings of the one Test he played. That left him with a tally of only 334 runs in 2019 at an average of 18.55.
Moeen Ali took a break from red-ball cricket after being dropped from England's set-up mid-way through the Ashes. He went wicket-less in his first bowling innings in the warm-up match and picked up two wickets in the second, but Bess and Leach both got more wickets.
Squad: Ben Stokes (c), James Anderson, Jofra Archer, Dominic Bess, Stuart Broad, Rory Burns, Jos Buttler, Zak Crawley, Joe Denly, Ollie Pope, Dom Sibley, Chris Woakes, Mark Wood
Reserves: James Bracey, Sam Curran, Ben Foakes, Dan Lawrence, Jack Leach, Saqib Mahmood, Craig Overton, Ollie Robinson, Olly Stone