Transfer business: Barcelona messed it all 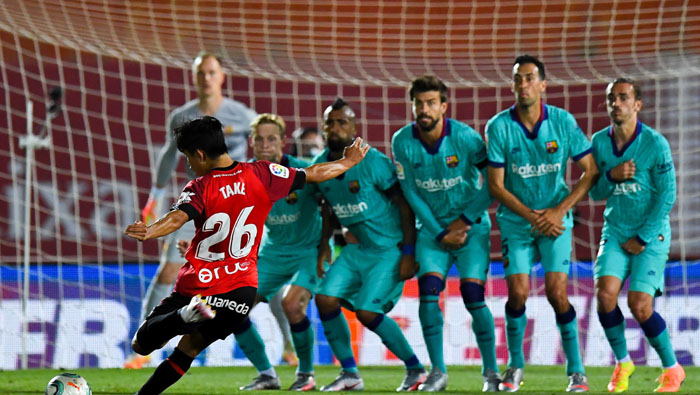 Lilongwe: Someone influential at Barcelona must have gone astray, far away from La Masia. For a giant club with a clear playing philosophy and football culture, their transfer business in recent years has been a picture of a mess.
In the latest edition of this mess, Barcelona have sold a complete young and energetic midfielder Arthur Melo, 23 years old, in favour of 30-year-old Miralem Pjanic. Isn’t it a no-brainer that 30 years is an advanced age in football? Pjanic joins an ageing midfield comprising Arturo Vidal who, too, joined Barca while aged 32 a few years ago. Pjanic joins the likes of Ivan Rakitic, 32, and Sergio Busquets, 31, in Barca midfield badly in need of fresh legs. Busquets needs an understudy, otherwise he has been playing on borrowed time. Very soon Father Time will catch up with him and his legs will snap.
The signing of the Bosnian international is hardly an isolated piece of business madness. Recently, Barca signed 29-year-old Martin Braithwaite to fill the boots of the then injured 33-year-old striker Luis Suarez. The Dane has one goal in Barca shirt as he spends most time warming the technical bench and terraces. Last year, Barca signed Antoine Griezmann, then aged 28, hoping he was the right replacement for Neymar. The Frenchman looks every bit a misfit when featured. Griezmann thrived under Diego Simeone’s route-one football at Atletico Madrid but expecting him to replicate that sort of performances at the Nou Camp where everyone is expected to play football is insane. The World Cup winner cannot be rated on work-rate. He was hired to, first of all, score. In that regard, he is turning out to be a flop.
A few years ago, we forget that Barca signed journeyman Kevin-Prince Boateng, then aged 32, to bolster the attack. It was a transaction that did not make sense and will never make sense. All this transfer business reflects either desperation or lack of direction at Barca. Talk that Barca’s latest transfer business is informed by the bottom line doesn’t make sense either. Balancing the books or not, Barca can and should always do better.
The continued madness suggests that Barca could be suffering from loss of direction and desperation. Some theories suggest Barcelona are buying experienced legs in a desperate bid to add a Champions League to their trophy cabinet.
But truth is that they more they have signed grandfathers such as Vidal and Pjanic, the more they have become weaker especially in attack.
All this amateurish business has left Barca heavily dependent on the magic of Lionel Messi and sometimes, Suarez.
We all know both attackers are not getting any younger. What happened to La Masia which used to produce gems such as Messi, Busquets, Xavi Hernandes, Fabregas and Andres Iniesta two decades ago! Barca’s decline is plain for all to see. Not even the magician Lionel can clean this mess all the time.