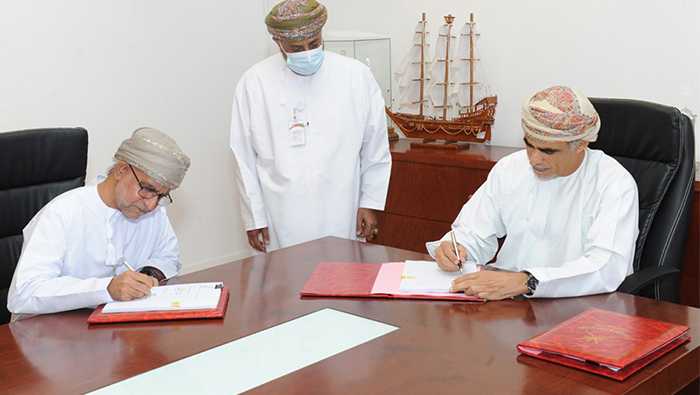 Muscat: The Sultanate, represented by the Ministry of Oil and Gas signed a new Exploration and Production Sharing Agreement (EPSA) en route for having the right to explore and develop the concession Block 58, which occupies an overall area of 4,557 km2.
This new petroleum agreement was signed with Tethys Oil Company Qetpet Limited.
The agreement was signed on behalf of the Sultanate’s government by Dr Mohammed bin Hamad Al Rumhy, Minister of Oil and Gas, and Hussain Al Lawati, VP Corporate Affair on behalf of Tethys Oil Qatbeet limited.
The commitment of the company under the agreement is obtaining geological and geophysical studies, 3D seismic acquisition and drill wells during exploration periods.
The Ministry of Oil and Gas wishes that the company’s efforts will be crowned with success in discovering hydrocarbons which will increase the reserves and the production rates in the country.