Barca coach satisfied with team despite draw with Atletico 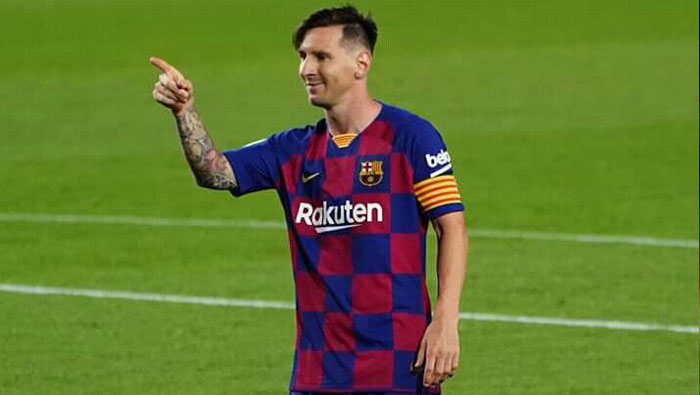 Madrid: FC Barcelona coach Quique Setien refused to criticize his players after seeing them drop two vital points at home to Atletico Madrid in a 2-2 draw which gives Real Madrid a greater chance to put a hand on this season's La Liga title.
Barca led Atletico twice in the Camp Nou on Tuesday night through a Diego Costa own goal and a Lionel Messi penalty, but the Argentinian's 700th competitive goal was not enough to give them three points as two penalties from Saul Niguez gave Atletico a merited draw.
If Real Madrid can win at home to Getafe on Thursday night, they will move four points clear at the top of the table with just five games left to play.
"I am quite happy with the performance, it's true that we weren't able to create chances, but it's not easy to play against this team [Atletico]," said Setien afterwards.
"I am pleased with the work the players did and the way we planned the game, although it's true the result takes something away from the good things we did," added the Barca coach.
Setien had to answer questions over why Antoine Griezmann was only brought on for the closing minutes of the game when Barca desperately needed a third goal.
"We can't have everyone on the pitch. Riqui [Puig] was doing well, you have to have Luis Suarez on the pitch and Lionel Messi and it wasn't easy to find him a place without unbalancing the team. I know it's hard for a player of his ability, but the circumstances didn't give me much choice," concluded Setien, who refused to answer questions over his long-term future at the club.