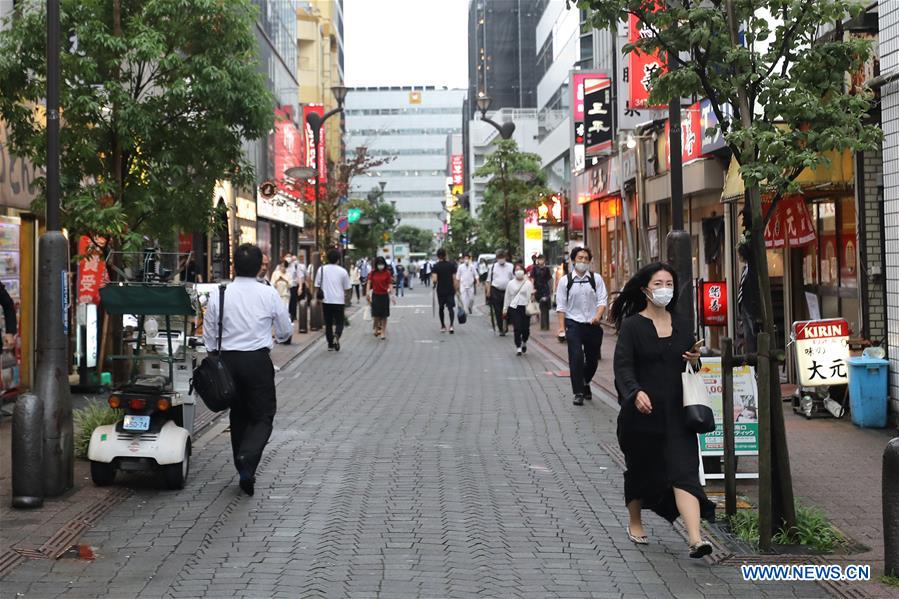 TOKYO: The Tokyo metropolitan government confirmed on Tuesday 54 new COVID-19 infections, marking the fifth straight day new daily cases in the capital have topped 50 amid concerns over a resurgence of infections.

Of the 54 new cases, 26 people in their 20s or 30s have been infected, or about 50 percent of the total, the Tokyo metropolitan government said.

A COVID-19 cluster-hit area in Tokyo's downtown Shinjuku ward has seen an additional 15 people infected, the metropolitan government also said, with Tuesday's overall cases having no known infection routes in 28 of those testing positive for the pneumonia-causing virus.

As of the latest figures Tuesday evening, the cumulative total of COVID-19 infections in Tokyo now stands at 6,225, accounting for roughly one-third of all cases nationwide.

The total number of infections, not including those related to cruise ship quarantined in Yokohama, now totals 18,769 across Japan, with 138 new infections confirmed on Tuesday, climbing from 110 new cases recorded a day earlier, official figures showed.

The death toll from the virus now stands at 985, according to the latest figures from the health ministry and local authorities Tuesday evening.

The Japanese government has said it is not yet considering declaring another state of emergency over the pandemic, despite the recent spike in daily COVID-19 cases in Tokyo and an uptick in infections nationwide.

But concerns have remained rife since the highest daily infection tally since the state of emergency was lifted on May 25 was reported on Sunday at 60 cases in the capital.

Should the spike in cases continue, the central government may once again come under pressure from prefectural governments to request business closures and set restrictions on people's movements across prefectural borders, which have recently been lifted, as has been the case very recently in some countries overseas where COVID-19 cases have seen a resurgence.

On June 19, the government completely lifted its nationwide travel restrictions, with the the move met by throngs of passengers returning to airports and train stations.

Prior to the lifting of travel restrictions, the government had requested that people continue to refrain from making unnecessary trips across prefectural borders, in particular urging against travel to and from Tokyo, the epicenter of the coronavirus pandemic here, and prefectures surrounding the capital including Saitama, Chiba and Kanagawa Prefecture.

The request was also made for people to refrain from traveling to or from Hokkaido, Japan's northernmost prefecture, amid a resurgence of COVID-19 cases there at the time.

The easing of restrictions on nightclubs, however, has concerned Tokyo metropolitan government officials as well as members of the public, following the outbreak of a cluster of infections in downtown Tokyo's Shinjuku ward.

This area, known for its adult entertainment establishments, has been the focus of disproportionately high numbers of daily COVID-19 cases being detected recently among staff and customers of host and hostess clubs and similar adult nighttime establishments.

In addition, with the Japanese populace gearing up to spend their summer vacations at domestic holiday spots amid ongoing travel bans in and out of the country, concerns have been voiced by prefectural officials that the virus may spread commensurate with the increase in people moving around the country to take holidays.

Especially, they said, concerns are mounting over people from large urban areas, like Tokyo, visiting small, countryside regions in the north of the country to escape the summer heat, or subtropical areas in the south, known for their resort hotels and pristine beaches, with both types of holiday hot-spots largely unaffected by the coronavirus pandemic here, officials said.

The Japanese government maintained that it is doing its utmost to prepare and brace for a second wave of COVID-19 infections.