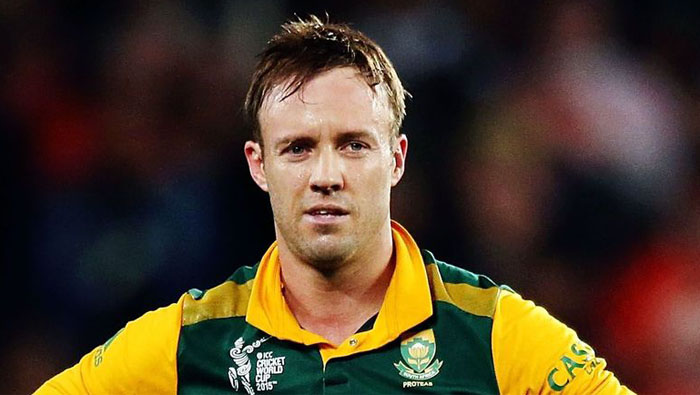 Johannesburg: A B de Villiers said South Africa's exit from the ICC Cricket World Cup 2015 in the semi-final hit him hard and he was left feeling worn out for at least a year following the loss.
In a rain-affected game at Eden Park, New Zealand, the co-hosts, chased down the revised target with one ball to spare to leave the South Africans heartbroken.
De Villiers revealed on the Harsha Bhogle-hosted Cricbuzz in Conversation that he went through a 'tough' time after this match, especially given their performances leading into the tournament.
"We got close. I am specifically very proud of the way we played in 2015 (World Cup) and certainly rocking up on that evening in Eden Park, playing some of the best cricket of the tournament, we were so close. I am proud of our performances looking back," de Villiers, the skipper during that World Cup, said.
"The next 12 months was really tough for me. Maybe I should've been more honest about it when I look back and communicated about it. I felt like I was a little bit alone at the time but it's silly to say that you're alone if you don't seek help, if you don't talk about it.
"If I could have it over again, I would probably open up discussions with the coach, administrators and discuss my way forward. I should've shared my emotions with them and things that bothered me. I didn't.
"That really wore me down a touch but I kept playing, I tried to bite the bullet, I tried to be there. I was batting really well. I still had incredible friendships and memories," de Villiers said.
De Villiers retired from international cricket in 2018 when he was at the peak of his prowess, but remains a fan favourite and has not ruled out a comeback. He conceded that the loss against New Zealand played a role in his sudden retirement.
"From a personal point of view, yeah it played a huge role," he explained. "We got beaten by sport on the night and it was actually a beautiful thing but it was difficult for me to get through that year and to specifically meet up with the team again a few months later, having to go again. Here we go again, we have to restart but I am like hold on, I am not over this World Cup.
"It hurt too much. So yes, I am sensitive and those kinds of things play a huge role in how I feel and my ambitions."