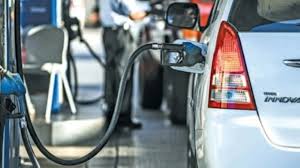 Muscat: A fuel station in South Al Batinah has been overcharging its customers even before the new prices were implemented from Wednesday. Legal measures have been taken against the violators.

The Consumer Protection Administration in Barka arrested the violators who were overcharging its customers even before the new prices were implemented.

The facts have been summarised in the receipt of information to the administration about a fuel station that has been raising the price of fuel by charging the new price even before its implementation. After the judicial team conducted a check and received confirmation of the information, it became clear to the authorities that the station was violating laws.

In light of that, the judicial team arrested the violators, took necessary legal measures and issued minutes of seizure of the incident.

This incident has been found in violation of Resolution No. 12/2011 amended by Resolution 388/2015 related to raising the prices of goods and services based on the Consumer Protection Law issued by Royal Decree No. 66/2014.

The authority has confirmed that it will not hesitate to take the necessary measures guaranteed by the law in order to preserve the rights of consumers.