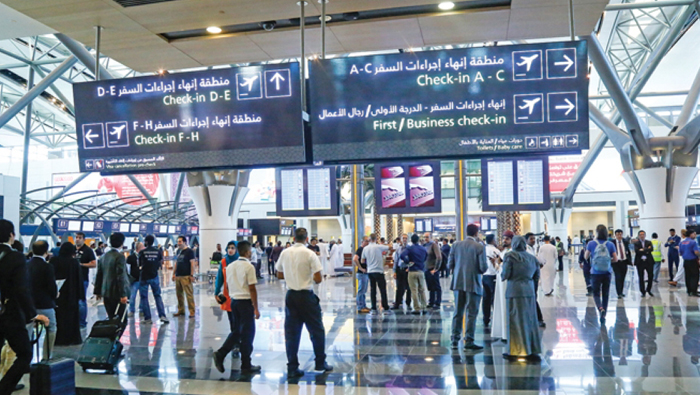 Muscat: More flights have been organised for Indian and Pakistani nationals in Oman who wish to travel home during the ongoing COVID-19 pandemic.
As part of phase four of its Vande Bharat Mission, India has announced 16 more flights, which will begin arriving from July 1 onwards, the Indian embassy said on Thursday.
Of the 16 flights announced, 12 will fly to Kerala while the others will take-off for Chennai, Delhi, Hyderabad, Mumbai and Mangalore.
“As in the case of flights operated earlier under the Vande Bharat Mission, passenger lists for all the above-mentioned flights will be finalised by the embassy on the basis of information received by it,” said the Embassy of India in Muscat. “Priority will be given to medical emergency cases, pregnant women, workers in distress, senior citizens as well as to other Indian nationals who are stranded in difficult situations.”
They added: “The embassy will be contacting the short-listed people for each flight directly through email/telephone. The embassy will then share the list of short-listed people with Air India and all such people will be contacted by Air India for the booking of tickets.”
SalamAir will also operate several special flights to the Islamic Republic of Pakistan in the coming days.
A statement issued by the airline said, "SalamAir announces the operation of a special flight, Muscat-Karachi-Muscat on Sunday, 28th June 2020."
In addition, a flight from Muscat to Sialkot and back will be operated on Monday, June 29 and another flight between Muscat and Lahore will be run on Tuesday, June, the airline confirmed.
"SalamAir also announces the operation of a special flight, Muscat-Multan-Muscat on Sunday, July 1," the airline added. "We request our customers who wish to travel on the above mentioned flights to contact +968 24272222 to book their tickets.”