Marriage during the time of COVID-19 in Oman 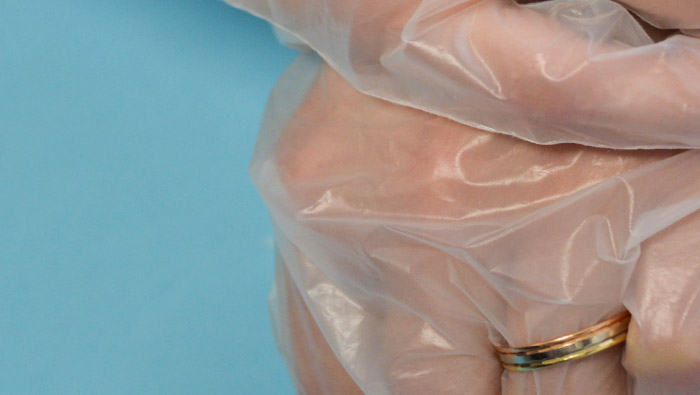 Muscat: Despite the ongoing COVID-19 pandemic, some Omanis continue to get married, with their weddings now costing them a lot less.
While it is part of Omani tradition to invite many family members of both the bride and the groom to the wedding ceremony, marriage functions during the time of COVID-19 are attended by only their closest and immediate relatives.
While the wedding festivities and marriage contracts used to previously cost between OMR 5,000 and OMR 10,000, the average cost of an Omani wedding has now dropped to just OMR100, say those who have gotten married during the pandemic.
“There are no changes to the procedures observed during the marriage ceremony, with the exception of the changes made in terms of the number of people allowed to attend,” explained Omani national Khalfan Al Zaidi from Wilayat Nizwa in the Governorate of Ad Dakhiliyah.
“Before the outbreak of the COVID-19 pandemic, the marriage was held in the majlis of the village, or at the mosque, and was attended by a large number of family members, friends and neighbours from the area, and other wilayats of the Sultanate, but now the attendance is limited to only family members. Praise be to God that the traditions of Islam are easy to follow under any condition.”
Al Zaidi presided over the wedding of 25-year-old Hamza bin Hamad bin Mohammed Al Zaidi, and his bride, on 13 June. The marriage ceremony was conducted at the groom’s home, in the presence of his brothers and sisters, with one of the brothers officiating the ceremony according to traditional Islamic customs.
“The request for marriage was formally submitted, and we then went to the bride’s home and accordingly took her consent,” he recalled. “There were no obstacles or difficulties in performing the wedding. It took place comfortably, and was performed according to the customs and traditions performed in Nizwa, with all the precautionary measures followed, including social distancing between the attendees at the sermon, which included family from sides of the bride and groom.”
“One of the positive effects of such a marriage ceremony is that it reduces the exorbitant costs incurred by the groom, which in such circumstances, amount to no more than OMR 100 at most,” he added.
Another Omani, who wished to speak on condition of anonymity, added that the low cost of a wedding ceremony, at present, was very useful for young couples who wished to get married.
“I recently got married to an Omani girl, and the guests were limited only to the bride’s family and my own,” said the man, who comes from the North Al Batinah governorate. “In total, the number of men who attended from both families did not even exceed eight people, and the marriage ceremony took place in a smooth manner.
“The wedding ceremony did not cost me more than OMR100, which was limited to spending on food, Omani halwa and fruits for the guests, as these are our traditional customs,” he added. “I advise young people who are unable to spend on the high cost of marriage ceremonies to get married now, as they currently cost very little, and there is right now no need to organise a wedding with a large number of attendees, as is normally the custom.”
Among the dishes provided to guests during a wedding feast, which can cost thousands of Rials, are preparations of rice with meat from oxen, camels or sheep, which accounts for one of the biggest expenses during the ceremony, given that the numbers of guests can reach about one or two thousand people. The groom is also expected to pay to hire musicians and folk bands, as well as refreshments and sweets such as Omani halwa, cakes and juices.