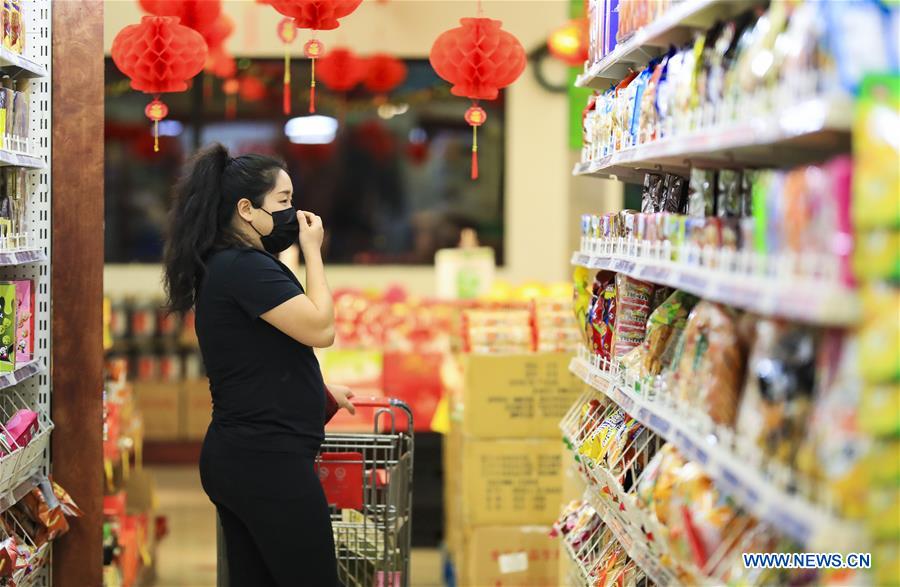 LOS ANGELES: California Tuesday reported a daily record of 5,019 new infections, the largest single-day count in the state since the pandemic hit the United States.

Tuesday's tally was a big jump from the previous record of 4,230 on Monday. Meanwhile, daily hospitalization numbers are also hitting records.

Data from the California State Health Department showed the confirmed ICU hospitalizations number was 1,197 on Tuesday and a total of 5,580 have died for the virus.

The infection figures were increasing most rapidly in Southern California, including Los Angeles, San Diego and Riverside counties.

The Los Angeles County Health Department recorded over 2,000 new COVID-19 cases Tuesday, the fourth strike day in the last seven days in the region. The department said this daily mark had not been seen even at the height of the outbreak.

The San Diego County reported 198 new cases Tuesday after more than 300 new cases were recorded on Sunday and Monday.

On Tuesday, the Riverside County reported 31 new COVID-19 cases and seven additional virus-related deaths. The county has more than 4,000 new cases in 14 days.

The county, which has the second-highest number of cases in the Golden State, probably can't reopen local businesses soon since it failed to meet certain COVID-19 statistical requirements mandated by the state.

Moreover, the percentage of people in Riverside County who tested positive for the coronavirus Tuesday also failed to meet the standard. California requires counties to stay below a positivity rate of 8 percent but its most recent number is 10.6 percent.

Riverside County health officer Cameron Kaiser was quoted by local media Tuesday as saying he did not want to shut down reopened businesses, but it could happen if local businesses and residents refuse to wear facial coverings, practice good hygiene and maintain physical distancing.

Los Angeles County was also worried over the hikes in hospitalizations and spread rate. Figures showed the increased daily confirmed cases could not be pegged to increased testing alone. The county's weekly number of tests sat at 87,000, which was an eight-week low, down from a high of 117,000 five weeks ago.

The county's health department said in a statement Tuesday that there were 1,515 people who were still hospitalized, 27 percent of which were in the ICU and 18 percent on ventilators.

"Although this number is significantly lower than peaks of over 1,900 people hospitalized daily for COVID-19, this is higher than 1,350 to 1,450 daily hospitalizations seen in recent weeks. And while the cumulative positivity rate remains at 8 percent, the 7-day average of the daily positivity rate has increased to 8.8 percent," it read.

By comparison, the positivity rate in New York, which was the hardest-hit state in the country, has fallen below 1 percent.

Los Angeles County Public Health Director Barbara Ferrer said Monday that although it was impossible to track the origin of current spread, the overall increase was "highly likely" related to mass protests over the death of George Floyd and social gatherings at restaurants and private parties.