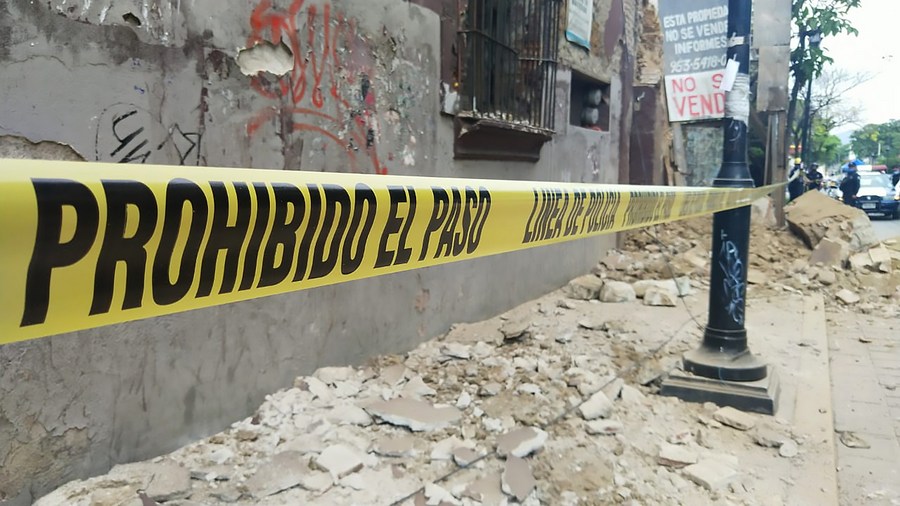 MEXICO CITY: A powerful 7.5-magnitude earthquake rocked Mexico City and many southern and central parts of the country around mid-morning on Tuesday.

The quake hit at 10:29 a.m. and the epicenter was located at 23 kilometers south of La Crucecita, a Pacific Coast village in southern Oaxaca state, the National Seismological Service (SSN) said via Twitter.

President Andres Manuel Lopez Obrador announced that key infrastructure, such as oil and electricity production centers, were not affected.

According to the National Civil Protection Coordination, the quake was felt across seven states.

Mexico is located above various fault lines. In the past 35 years there were several powerful quakes in the southern and central parts of the country, which caused wide-scale destruction and deaths.