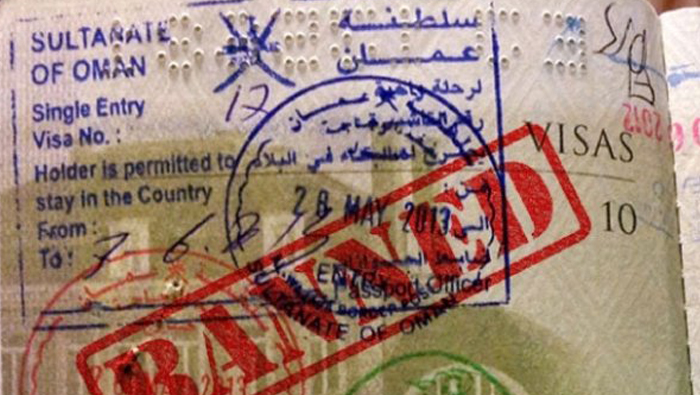 Muscat: With an aim to enhance competitiveness and to boost Omani labour market, while preserving the rights of both the employee and employer, the Sultanate is gearing up to abolish NOC as of next year.
It is envisaged that this will enhance the competitiveness of the Omani workforce compared to non-Omani workers by reducing the wage gap between the two groups, and reduce the number of escaped/run-away workers, especially those who are put under pressure by employers who use the NOC as a tool to deprive employees from working in Oman for two years after the termination of their contract.
Furthermore, the decision will aid in reducing the costs of tackling administrative and legal issues arising from the certificate itself. It is hoped that this decision will support the Sultanate of Oman’s efforts to combat the ability of some employers to take advantage of the NOC to engage in hidden trade. This decision will result in enhancing local talent pool governed by supply and demand, as well as maintain Oman’s prestigious status amongst the international community as an advocate for human rights, combating human trafficking and supporting the free movement of labour on its land.
In order to enhance the competitiveness of the labour market and to attract highly skilled foreign labour, the Sultanate is gearing up to abolish the ‘No Objection Certificate’(NOC), which has been mandatory for expat workers who want to move from one employer to another.
This decision comes in light of the economic and social principles stipulated by the Basic Statute of the Sultanate of Oman issued by Royal Decree no. 101/96, and His Majesty Sultan Haitham bin Tarik approval for the Sultanate of Oman to accede to the International Covenant on Economic, Social and Cultural Rights on the 7th of April, 2020 pursuant to Royal Decree no. 46/2020.
This decision will be advantageous to both the employer and their employees by enforcing the adoption of employment contracts that will regulate the professional relationship between the parties in a manner that guarantees and upholds their rights and duties towards one another.
The standardised contracts will preserve the confidentiality of the employers' data and those of their clients. The (optional) addition of a non-compete clause by the employer will further protect the employer from losing employees in sensitive positions to direct competitors.
Mechanisms for implementing the new decision
This decision is expected to revitalise the Omani labour market into a modern system; based on a clear regulatory framework and a contract that clarifies the right and obligations of employees and employers towards each other as it will be the main reference in the event of any disputes arising. By doing this, both parties will acknowledge and agree on the terms that will govern the working relationship between them.
The concerned entities have decided to grant employers a grace period to register all of their employees’ contracts in the Ministry of Manpower (until the beginning of 2021).
The concerned authorities will draft standardised employment contracts which will allow the inclusion of any clauses that the two parties deem to see fit.
Considerations for preserving the interests of employers
The Omani government has taken into consideration the interests of employers while implementing this change. Accordingly, a grace period has been introduced (6 months) to enable employers take necessary measures to adapt to the changes in the market . As for the confidentiality of the information accessible to the workers during the contracting period, the law allows employers to enforce a non-disclosure agreement even after the worker moves to another employer. Regarding the possibility of workers transferring to a direct competitor, the contracting parties could agree on a non-compete clause to protect more sensitive positions in a business.
Application of NOC on international indicators
Progress in major international indicators is one of the Sultanate's priorities, as it directly relates to achieving its Vision 2040 goals and “transform Oman into a well developed country with modern regulations”. The application of the NOC has negatively affected various indicators, including the Global Competitiveness Report issued by the World Economic Forum, where the report considered that laboor market legislation is negatively affecting the countries competitive advantage. The Sultanate of Oman’s indicators in Human Rights reports and combating human trafficking clearly state that the presence of the NOC requirement exposes the expatriate workers to exploitation and abuse and may lead them to escape from their employer, as a result of some inhuman practices that some employers may perform as they are in a stronger position in the contractual relationship. Reference was made to this practice in the Human Rights Watch Report 2018 and the Global Slavery Index 2018. It is anticipated that the removal of the NOC requirement will significantly contribute to improving the Sultanate of Oman’s indicators with respect to economic competitiveness, ease of doing business and human rights.