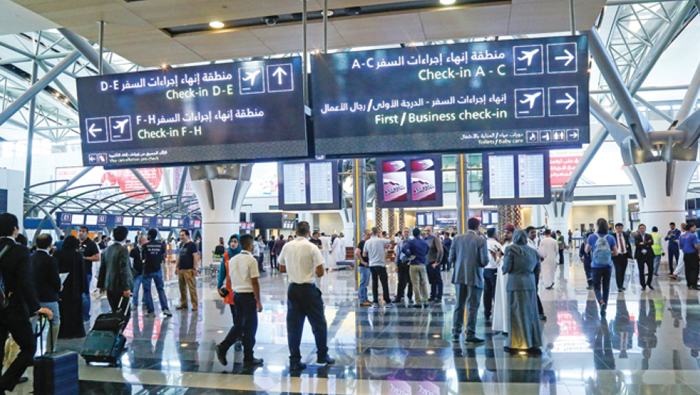 Muscat: 3,000 Indian expats in Oman have been flown home on 15 chartered flights organised by companies and social organisations in the country to repatriate people during the ongoing COVID-19 pandemic, officials from the Embassy of India in Muscat have said.
These repatriations are in addition to those who have boarded flights organised to bring home overseas Indians who wished to return to India as part of the Vande Bharat mission, which was organised by the Indian government.
“3,000 Indians have flown home on 15 chartered flights, while 6,000 have gone on 36 Vande Bharat flights,” said an official at the Indian embassy.
India’s ambassador to Oman, Munu Mahawar, added that efforts to bring back Indian nationals in Oman as part of the Vande Bharat mission began on 9 May, and would continue for some time. The ambassador was speaking to Times of Oman during a webinar organised to shed light on the efforts being taken by the embassy to help Indian nationals.
“A large number of Indians desire to travel to India for their own reasons, and this is natural, because before the outbreak of COVID-19, we used to have close to 250 flights a week between our two countries,” said Mahawar. “Therefore, the number of people travelling was expected to be high, but we are deliberately not releasing the numbers of people who have registered to travel, because all those who have registered might not necessarily be travelling.
“As of now, close to 9,000 Indian nationals have travelled back to India, since the beginning of this operation,” he added. “We have repatriated people on flights as part of the Vande Bharat mission, and we have also repatriated people on charter flights being organised by various companies or social welfare organisations. Out of these, 6,000 have returned on Vande Bharat flights, and 3,000 on chartered flights. This process will continue in the future as well.
Under the Vande Bharat mission, the Indian government plans to organise another 15 flights to Oman in the coming weeks, as well as many more charter flights that will be organised by private organisations in collaboration with the embassy.
To ensure people who urgently need to travel to India are able to fly home, the embassy has been working very closely with the government of Oman and the various authorities in the country to deal with the challenges emanating from the COVID-19 crisis.
“I would say that cooperation between India and Oman has been in the true spirit of this close relationship that we have between our two countries,” added Mahawar.