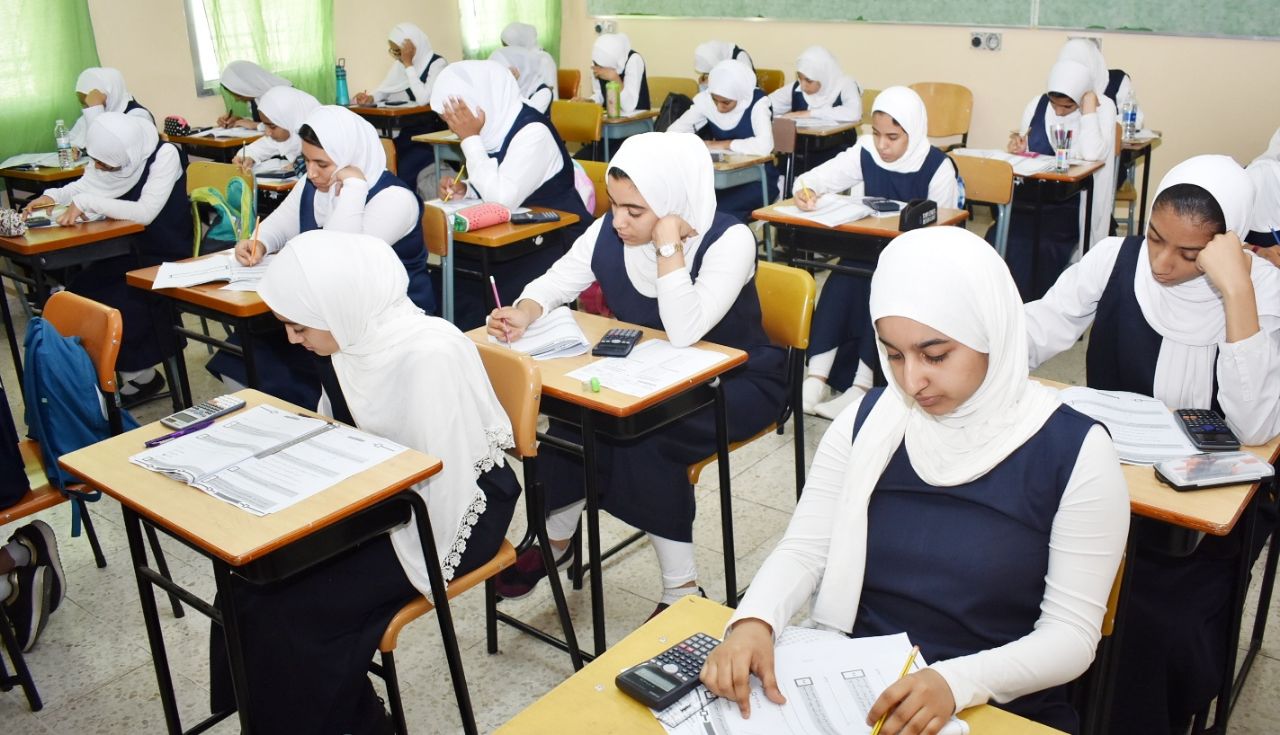 Muscat: Reading and mathematics proficiency of girl students at the primary and middle school levels has improved faster than that of the boys during the last few years, according to a recently released National Centre for Statistics and Information (NCSI) report. The proficency percentage for girls has remained higher too.
The percentage of students in the fourth grade class who achieved at least the minimum level of proficiency reading increased to 68% among female students and 50% among males, compared to 55% among females and 39% among males in 2011.
The report also clarifies that the Mathematics proficiency level for students of fourth grade increased to 65% among females and 56% among males, while the proficiency level in mathematics for students of eighth grade was 59% for females and 47% for males in 2019, compared to 51% for females and 41% of males in fourth grade in 2011, and 49% for females and 28% for males in eighth grade in 2011.
The total admission rate in the last class grade of the first cycle was 100.6% and 100.7%, in the last class grade of the second cycle. The percentage of those not enrolled in schools (who are in the official age group to enroll) was 1.5% from class grades 1 to 4, while it was 3.7% for class grades 5 to 10, and about 14.7% for class grades 11 to 12.
The percentage of children who are older than their class at primary level (grades 1 to 4) reached 0.28%, and the percentage in the minimum level of secondary education of class grades 11 to 12 reached 4.1%.
The NCSI report, “Towards the Achievement of Sustainable Development Goals for 2030” is a revised version of the first issue released in July 2018 which updated indicators highlighting the reality of achieving Sustainable Development Goals (SDG) 2030 plan in the Sultanate, with each issue addressing one of the 17 goals of SDGs.
This new issue outlines Goal 4: The Quality Education out of the 17 SDGs, which aims to address urgent global challenges until 2030. Goal 4, which includes 10 subsidiary goals measured by different indicators, ensures equal access to inclusive, equitable quality education and enhanced life-long learning opportunities.
The first goal within the 10 subsidiary targets of fourth goal of SDGs for 2030 ensures that all girls and boys shall enjoy free, fair and equitable primary and secondary education for the achievement of appropriate and effective educational results by 2030.
Regarding the goal which ensures that all girls and boys shall have equal access to good quality development and care in their early childhood and in their pre-primary education in order to be ready for primary education by 2030, the indicators show that children under the age of five are on the right track in terms of growth in the area of health, learning, psychology and well-being.
The rate of participation in organised learning system (one year before the official age for enrollment in formal education) increased to 82.3% in 2018, compared to 75.6% in 2017, while the percentage of children under the age of five who live in a positive and stimulating learning environment reached 80.7%.
The overall enrollment rate for pre-school children (one year before the school age / pre-school education) increased to 51.8% in 2018, compared to 50.2% in 2017.
Regarding the goal to ensure equal opportunities for all women and men to obtain technical and vocational education in terms of high quality and affordable cost, including university education by 2030, the edition shows that the overall enrollment rate in higher education reached 46% in the academic year 2017/2018.
Regarding the goal related to the significant increase in the number of youth and adults who have the appropriate skills, including technical and vocational skills, to work to fill decent jobs and to start entrepreneurship by 2030, the indicator shows high rates of computer program writing skills by using a specialised programming language, creating electronic presentations with software to display and search for software, downloading or installing software programs, in-connection settings, installing new devices, using some simple mathematical formulas, transferring files between a computer and other devices, and performing simple tasks such as watching videos, and clicking on the icons to send email messages with attached files to use copy and paste tools and copy or move a file or folder.
The edition report also indicates high rates in eliminating gender disparities in education and ensuring equal access to all levels of education and vocational training for vulnerable groups, including for persons with disabilities, indigenous peoples and children living in vulnerable situations, by 2030.
In term of ensuring that all young people and a large proportion of adults, both men and women, have learned to read, write and calculate by 2030, the literacy rate among young adults (15 years and over) has increased to 94.2% in 2018, compared to 93.8% in 2017.
The report also shows that 100% of schools teach life skills about HIV, and 100% of schools have access to energy, water, basic sanitation for each sex separately, and facilities for drinking water and computers for educational purposes, while 87% of schools have access to the Internet for educational purposes.
It pointed out that there has been a significant increase in the number of available scholarship chances for developing countries globally in higher education level, including vocational training, information technology, and communication grants, technical, engineering and scientific programs in developed countries.
Likewise, 100% of teachers at all levels of school education received the minimum level of training until 2019, while the average number of pupils for a trained teacher in 2018 was 11 pupils per teacher in government schools and 10 pupils in private schools.
The NCSI is the authority responsible for monitoring the indicators of SDGs 2030 in cooperation with the relevant authorities in the Sultanate by providing the necessary data and indicators according to international standards.
The official global beginning of implementing 2030 sustainable development plan was in 2016, which is considered a transformational action plan based on the 17 sustainable development goals, and aims to address urgent global challenges until the year 2030.