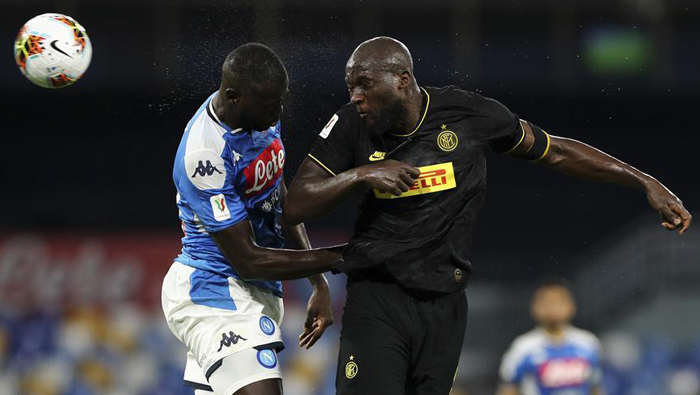 Rome: Napoli will play Juventus in the Coppa Italia final, after the Naples side drew 1-1 against Inter Milan in the second leg of their semifinal on Saturday.
Napoli hosted Inter at their San Paolo stadium in Naples after beating the Nerazzurri 1-0 in the first leg on February 12.
The match got off to an exciting start as Inter midfielder Christian Eriksen scored the opening goal just two minutes into the first half.
But Dries Mertens equalised for Napoli with a club record 122nd goal, giving the home side a 2-1 aggregate lead in the 41st minute.
The match was played in an empty stadium and was preceded by a minute of silence to mourn Italy's COVID-19 victims and pay tribute to the country's doctors and nurses.
"We dedicate this victory to all the people who have suffered during this period, and we hope that we brought some joy into the homes of the Italian people tonight," Napoli captain Lorenzo Insigne said.
Napoli now face Juventus, whose goalless draw against AC Milan on Friday saw them progress to the final on away goals following a 1-1 aggregate score.
The final is slated for June 17 at Rome's Stadio Olimpico.