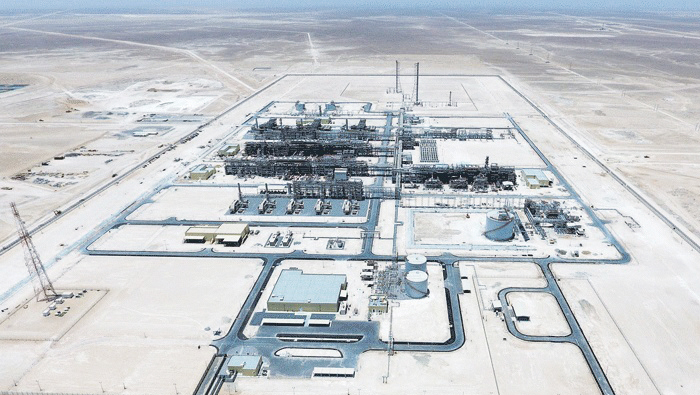 Muscat: Yousef bin Mohammed Al Ojaili, President of BP Oman said that a total of $16 billion will be invested as capital expenditures in the first and second stages of Khazzan Gas Project, which began production in September 2017 through the production of one billion cubic feet of gas a day to be pumped into the governmental gas pipelines.
Al Ojaili said in an interview, that production will increase by about half a billion cubic feet (bcf) of gas per day in early 2021 when production starts from the field of Ghazeer, which is the second phase of this giant project, stressing that work in the field of Ghazeer is better progressing than expected and according to the implementation schedule.
He expressed the company’s confidence in its ability to move towards delivery of the first shipment of gas from the project in the first quarter of 2021, pointing out that by the end of last year, 45 per cent of the work was completed in general “and we are working to achieve a 90 per cent completion rate by the end of this year “ he added.
He said that during the past period 16 sites were built for about 100 wells planned to be drilled during this phase of the project, in addition to achieving concrete success in the construction of the third train for gas treatment, the gas pipeline, the gas export system and the collection of gas and many other facilities, indicating that about 5,000 employee are currently working in the site for the development of Ghazeer.
The president of BP, Oman expected that demand for natural gas will increase in the coming decades despite major developments in renewable energy and other low-carbon sources of energy and energy diversification, which means investments in the development of gas resources will continue.