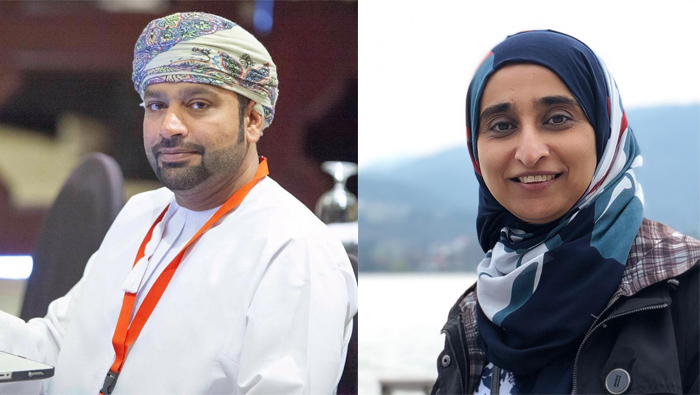 Muscat: A team of researchers in Oman has identified three strains of COVID-19 that cause infections when the virus is transmitted among people.
The team, which includes Dr Samira Al Mahroqi, a medical laboratory specialist at the Ministry of Health’s Central Public Laboratories, and Dr Fahad bin Mahmoud Al Zadjali, the assistant dean of scientific research at Sultan Qaboos University, saw many virologists, infectious disease specialists and microbiologists from both the Ministry of Health and SQU contributed to this research.
Speaking exclusively to Times of Oman, Fahad Al Zadjali said, "The issue with the virus is that, since it began emerging in December, it has been mutating, but it has not been doing so very fast. There is a global initiative to share viral data that is trying to understand the changes taking place to the virus, and how these changes are related to the spread during epidemics and pandemics. The research was able to identify the main genetic strains of the corona virus in Oman."
The research was able to identify that the three main genetic strains of the coronavirus responsible for infections in Oman were the G, GH and GR strains. A total of 49 samples of the virus have been analysed from the cases of the disease reported in the country, with more than 70 samples of infection undergoing analysis
“The team we put together thought of putting Oman on the world map as well, by putting the sequences we discovered in the global database,” explained Al Zadjali. “The letters used to identify the strains of COVID-19 are called clades, or different versions of the virus due to changes in its genes. For example, when the protein structure of this virus changes a little bit, this new version is called a clade based on the evolutionary tree.
“Clades are classified into groups so that we know that a certain group of people may have a certain clade, while another group of people may have another clade, but we still do not understand how this translates into the disease, and that is what this project is aiming to discover,” he went on to say. “scientists are still working on this.”Al Zadjali added: “There are some viruses that change their structure very quickly, which is why they arrive seasonally and then disappear – like the flu for example – but some viruses don’t disappear: they keep existing and their mutation rate is very slow. The current data of the COVID-19 virus shows that it goes through about 25 mutations per year, which is very slow. This is against the initial belief that the virus was mutating very quickly.”
The study, which was financed by Sultan Qaboos University and The Research Council, revealed that because the virus entered the Sultanate from many countries, the genetic makeup of the COVID-19 virus, also known as its genotype, consisted of many strains derived from the main B strain, including subcategories O, V, L, S, G, RG, and HG.
The identification of the genetic strains of the disease in Oman also helps study the epidemiological situation and how the disease spreads in the Sultanate. It helps public health workers know the treatment required to control and curb the spread of the epidemic, as well as those genetic mutations that may increase the severity of the disease.
Furthermore, the analysis helps to identify the accuracy of genetic tests per strain, which contributes effectively to detect the possible treatments and vaccines which can be successfully arrived at, following further scientific research and in-depth studies.
The study will continue to unveil the various genetic strains of the disease, how hospitals need to deal with it, how it affects those who travel, as well as the manner in which it causes deaths. The Ministry of Health’s Public Health Laboratories are the database for the various COVID strains in the country, which has adopted data from the World Health Organization in compiling their own.
Fahad Al Zadjali added: “There are hotspots in the genetic structure of the virus that affect the binding between the virus and the host, and how these hotspots affect the behaviour of the virus, such as how it copies itself. But the information on how this works is not yet known...we do not yet know which clade is harmful and which clade is not. We have started work on just a few samples, but we are looking to work with more, and correlate this with the data obtained from clinicians.
“During our research, we were fortunate to have a team of very good scientists in Oman,” he said. “All of them were willing to work beyond their regular tasks. We also have good local instruments and materials that helped us come up with this data. The team consisted of many researches from from Sultan Qaboos University, including Dr Khulood Al Maamary, Dr Fatma Balawi, Dr Abdullah Balkhair, and Dr Zakarya Al Maharami. From the Central public health laboratory, the team was led by Dr Samira Al Mahruqi, and also had Dr Amina Al Jardani and Dr Hanan.
"We had challenges in that some of the reagents we needed for our work were difficult to obtain, because the airports were closed and we could not get them from outside," he said. “We also wanted to start this project very early on, but we were unable to quickly secure funding. Now, we have secured funding from The Research Council and the SQU Medical Research Centre, so now we have more materials that will help us work on more samples. If we have all of the materials with us, it only takes us a few days to identify the strains of COVID we are working with.”