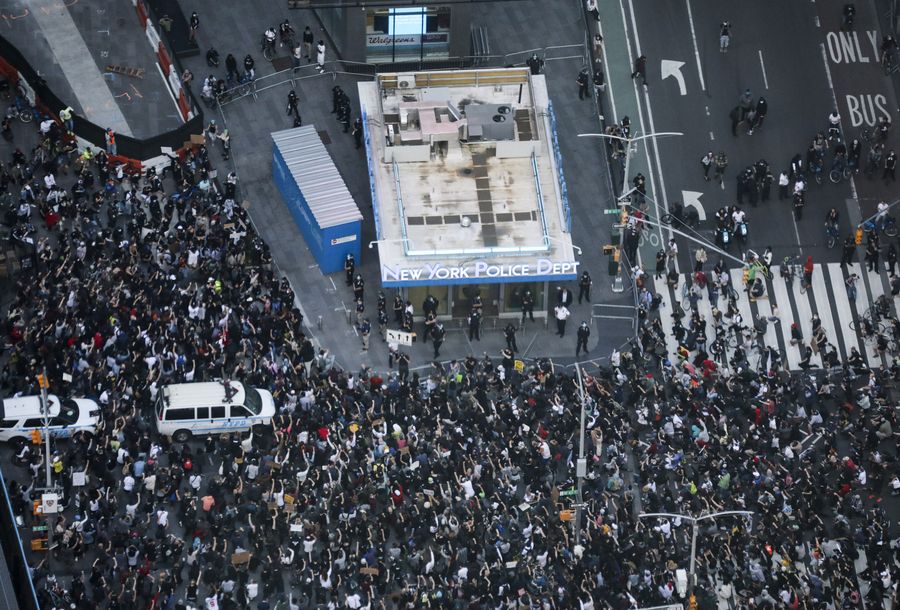 NEW YORK: Two police officers in Buffalo of the US state of New York have been charged with felony assault after a video showed them pushing an elderly protester to the ground earlier this week, local prosecutors said on Saturday.

Robert McCabe, 32, and Aaron Torgalski, 39, pleaded not guilty to second-degree assault on Saturday. They were released without bail, according to the Erie County District Attorney John Flynn, who said at a press conference on Saturday that the officers "crossed a line."

The two officers were removing protesters from the Niagara Square in Buffalo on Thursday after the 8 p.m. curfew, when 75-year-old Martin Gugino approached them alone.

The officers were captured on video pushing Gugino, who then staggered and fell backward with his head hitting the ground. Blood was seen coming from his ear and no officer around came to tend him immediately.

Gugino was sent to hospital and remained in serious condition. The two officers were suspended without pay on Friday.

"You see that video and it disturbs your basic sense of decency and humanity," said Cuomo. "Why was that necessary? Where is the threat?"

He said he had talked to both Buffalo mayor and Gugino on the phone, adding that the city should consider firing the officers and "look at the situation for possible criminal charges."

The officers' suspension has aroused strong opposition from their colleagues, as 57 Buffalo officers withdrew from a volunteer tactical unit, according to local newspaper The Buffalo News on Friday.

McCabe and Torgalski were assigned to the unit established for responding to possible riots in George Floyd protests.

The two officers are due back in court on July 20 for a felony hearing. If convicted, they face up to seven years in prison, according to District Attorney Flynn.