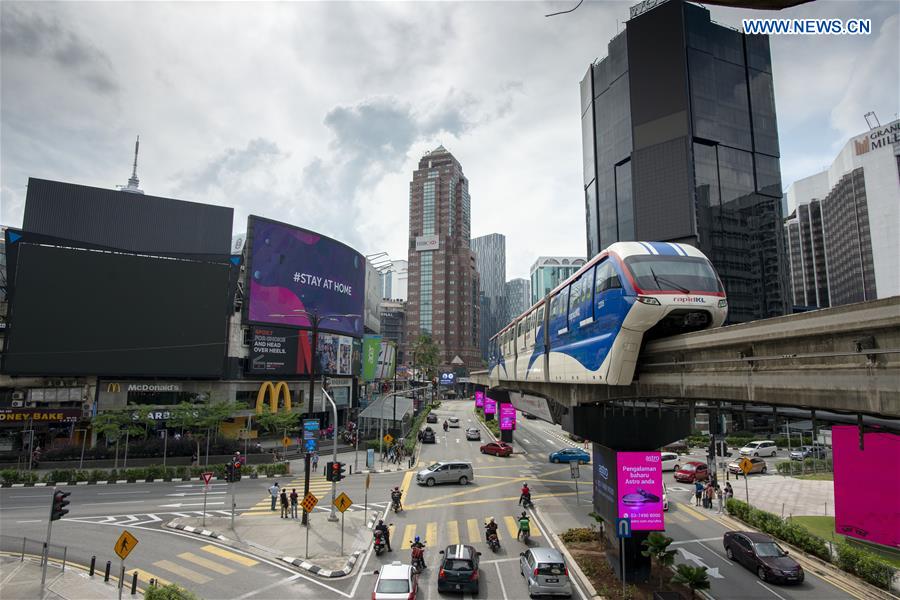 KUALA LUMPUR: Malaysia is further easing restrictive measures to allow nearly all social, education, commercial activities to resume since the latest figure suggests that the COVID-19 outbreak in the country is under control, Prime Minister Muhyiddin Yassin said on Sunday.

In a televised speech, Muhyiddin announced that the restrictions under the movement control order would be further relaxed from June 10 to give the public greater freedom while keeping the outbreak in the country under control.

Malaysia has been under restrictions since March 18 to contain the COVID-19 outbreak, with a relaxed version being implemented since May 4, which is scheduled to end on June 9.

Since the implementation of the restrictions, the infection rate of COVID-19 in the country has been showing a trend of decline, with data suggesting that the local transmission among Malaysians is going down and under control, said Muhyiddin, adding that most new cases recently were imported ones or from the illegal migrants held at the immigration detention facilities.

"This shows that Malaysia has successfully controlled the spread of COVID-19 and now is entering the recovery phase," he said.

Under the recovery phase of the movement control order, interstate travel and domestic tourism will be allowed, and nearly all social, educational, religious activities, and commercial and economic businesses will be allowed to operate with the requirement of strict standard operating procedure (SOP) set by the government.

Schools will reopen on stages, with the Health Ministry and Education Ministry working out details on the implementation.

Border controls remain in place. Malaysia has banned citizens from leaving the country and foreign visitors to enter since the implementation of the movement control order.

The new measures will be in place till Aug. 31, said Muhyiddin.

Muhyiddin emphasized the importance of complying with rules and SOPs implemented for the public's safety, warning that the government would not hesitate to reimpose strict measures should the number of new cases spike.

He also appealed for the public to accept the new normal as a culture and to be patient as the government was working as hard as possible to normalize the situation in the country.