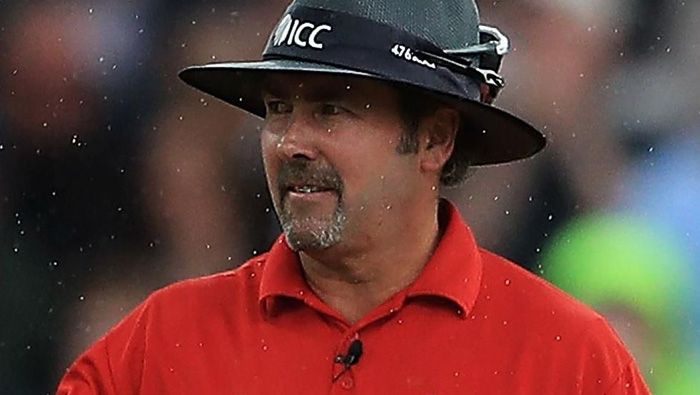 Berlin: Richard Illingworth, the vastly experienced ICC Elite Panel Umpire, shared his knowledge and expertise with match officials in Germany over a video call organised by the Deutscher Cricket Bund (DCB).
Illingworth, who has officiated in 131 men's international matches, was thrilled about the opportunity to share his expertise with officials in Germany, who are looking to expand their knowledge in a bid to help manage the growing popularity of the game in the country.
"Over the many years I have been involved in the professional game as a player and umpire, I’ve managed to gain a huge amount of experience and knowledge," said Illingworth. "To be able to pass on some of that to other umpires, who are equally as passionate about the sport as I, is so rewarding."
Receiving tips from someone of Illingworth's ilk will serve as motivation for the DCB umpires, according to Mark Jameson, DCB Head Umpire and member of the ICC Development Panel of Umpires.
"As an umpire, you never stop learning, which is why it was so good to hear from the perspective of one of the world’s best umpires," he said. "I am sure everyone took on board Richard’s valuable tips and feedback, and this gives everyone on the DCB Panel real motivation to continue on their umpiring journey. A fantastic initiative from everyone involved and one I hope is repeated."
Vinay Malhotra, an umpire based in Hessen, took special note of one piece of advice. "Richard has shared a lot of insight from a different perspective and also shared key tips. The one I like most was to build a rapport with players before the game by helping them in nets or outside the game, which helps in smooth conduct of the game eventually."
Manav Gidra, based in Bavaria, feels Illingworth's suggestions will come in handy not only when he officiates, but also when he plays the game. "It was my pleasure to learn and gain valuable insights from Richard who has played as well as umpired at the highest level. His experiences and advice will definitely help me a lot when I take on the field both as an umpire and as a player."
Cricket has experienced a growth in popularity in Germany over the recent years and Illingworth hopes that he has helped contribute to that upward curve in his own way.
"The fact that Germany is a growing nation in terms of cricket and it has many people who love the game already, we all need to show that we care for the sport to move forward in that country. Hopefully, I helped in my small way," said the former international cricketer, who represented England in 34 international matches.
"The German umpires on the call were so enthusiastic and their love for cricket was apparent, it was a pleasure to be asked to contribute to the evening."