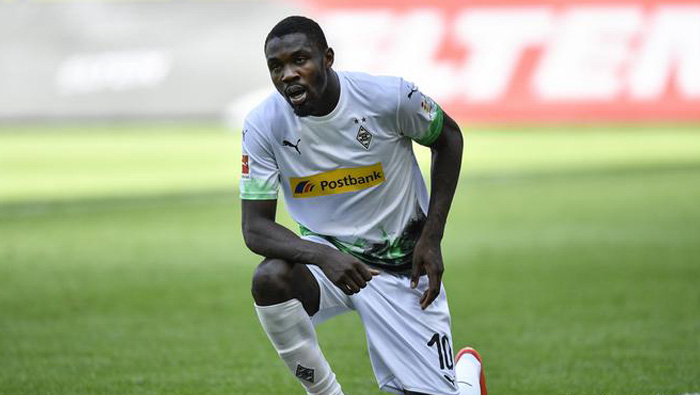 Berlin: Weston McKennie's armband, Marcus Thuram's kneel and both Jadon Sancho and Achraf Hakimi's message on their undershirts were messages of support in the fight against racism.
League regulations may stipulate that players are not allowed to make political messages on their kit, but both the letter and spirit of that regulation must be considered. These are not political messages, but rather a show of support for the basic human rights that all people share.
Athletes have a platform for positive change
Top-tier athletes in particular play not just sports, but a significant role in society. For better or worse, they have visibility — and with it comes the power to use their platform for good. Social media, too, can be used for good by athletes who command big followings, but tangible action in the real world is more powerful than campaigns in the virtual one.
Some may criticise the time and place of athlete's speaking up. But is there ever an appointed time and place for justice, for equal rights? Racism, sexism, and all forms of discrimination are an inconvenient truth — as such, there is no convenient time and place to address them. If athletes want to send out a message, then they should choose when the time is right for them. In most cases that is on the field, court or pitch. There is no one "right time" or "right place" for protest to take place. Speaking up in this manner is personal, is important, and is contextually specific.
Right now, the context is the tragic and entirely senseless killing of George Floyd in the United States— and how it reflects a backdrop of systemic prejudice in the US and globally. If athletes want to protest and amplify their voice they must be supported in doing so — especially black athletes and those of other minority groups. They should not be told when and where they're allowed to voice their opinions — particularly when we consider the demographics of who wrote these rules.
Even following the letter of the law and booking a player for removing their jersey, as Sancho was, seems absurd in the current situation. Regulations shouldn't be totally thrown out of the window, but now is the time for more empathy and encouragement rather than strict adherence to the rules. People are understandably outraged and upset at unjustified violence and systemic racism. This is bigger than football; for a sport that claims to be of and for the people, more understanding for the eminently just rationale behind the action would have been welcomed.
Suggesting that sportspeople "stay in their lane," or "shut up and dribble" — as LeBron James was once told — is another way of reinforcing the idea that athletes are a commodity whose only value is their sporting ability. Not only is this a denial of their freedom of expression, it ignores that they, too, are humans living in a society.
Black lives matter. Instead of policing how and when they express that truth, we should be cheering on those athletes who speak up for justice the same way we cheer for them on the pitch on Saturdays.