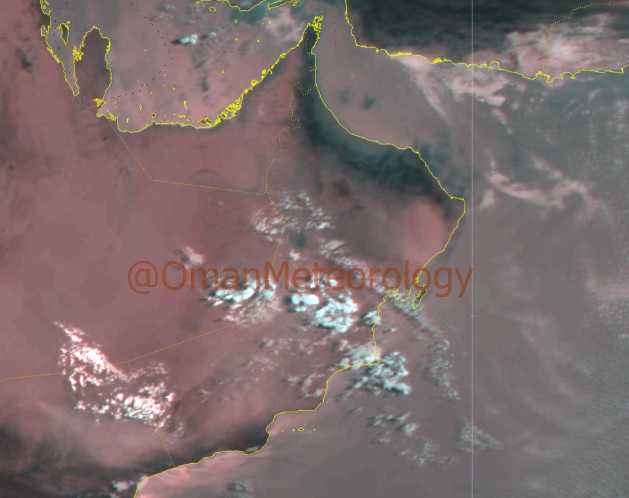 Muscat: Most parts of the Sultanate will have clear and partially clear skies on Saturday, the Public Authority for Civil Aviation (PACA) said.

In its weather forecast, PACA said, “It would be mainly clear skies over most parts of the Sultanate with isolated clouds and chances of dust-rising winds over the desert and open areas in Dhofar, Ad Dhahirah, Al Dakhliya, North and South Al Sharqiyah governorates.

"Chances of cloud development over Al Hajar Mountains and surrounding areas towards the afternoon. Chances of late night to early morning low-level clouds along the parts of coastal areas of Arabian Sea snd over the South Al Sharqiyah governorate.”

A statement issued online by PACA said, “The aerial photograph shows low clouds in parts of the Arabian Sea coast with clouds in separate parts of Al Wusta and Dhofar governorates.

PACA confirmed that, "The rise of the sea waves on the coasts of Musandam Governorate and the Oman Sea to the average waves (two meters) during the next two days. The height of the waves on the coast of the Arabian Sea continues to medium / rough raging (3 meters), be attentive please."

The Oman News Agency (ONA) said, “The highest temperature expected on Saturday is 50 degrees in wilayats of Fhoud, Adam and Haima , and the lowest is 20 degrees in Jabal Shams.”