#OmanPride: National Museum of Oman all set to open 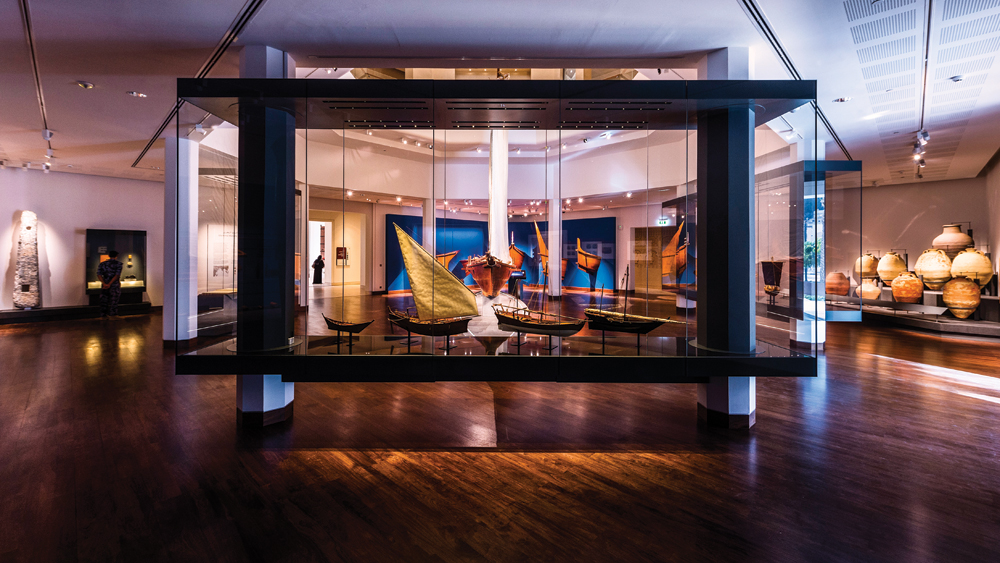 Muscat: Wait is finally over as the National Museum of the Sultanate of Oman will be open to the public from July 30, Jamal Al Moosawi, acting director general of the museum said at a press conference on Tuesday.
The entry fee is OMR1 for Omani and GCC (Gulf Cooperation Council) nationals, OMR2 for residents in Oman and OMR5 for tourists. Children and students up to 25-year-old, handicapped people and Omani and GCC nationals, who are 60 years and above, will enjoy free entry to the museum.
During the first phase of opening the National Museum to the public, the museum will be open for four days a week (Saturday, Sunday, Monday, and Tuesday), from 9am until 3pm, from July 30, until September 30, after which updates will be announced on opening it for more days in the week. The ticket desk will close at 2:30 pm.
**media[460685]**
The total area of the museum is 13,700 square metres, including 4,000 square metres allocated for the 14 display halls—The Land and the People Gallery, Maritime History Gallery, Arms and Armour Gallery, Civilisation in the Making Gallery, Aflāj Gallery, Currency Gallery, Splendours of Islam Gallery, Oman and the World Gallery, Renaissance Gallery, and the Intangible Heritage Gallery among others.
Besides these, there is a dedicated gallery for temporary exhibitions with an area of 376 square meters, which has been designed in accordance with international regulations and standards for such facilities.
The museum also contains the first fully-equipped Learning Centre in the Sultanate, and the first conservation facility, designed in accordance with the standards established by the International Council of Museums. In addition, the museum embraces an integrated infrastructure for special needs, such as including some captions in Arabic Braille.
It also houses the first open plan storage concept (Collections Gallery), where visitors can watch and live through all the different stages that the artefacts go through from inventorying; documentation; initial examination, to pre-entering conservation.
**media[460591]**
Pricing and Finances
Speaking to the Times of Oman about the pricing, Al Moosawi said, “This ticket pricing has been closely coordinated on by the board of trustees, amongst who we have persons with international expertise and exposure. They have been determined after coordinating with various ministries within Oman and it was a joint decision to fix the prices that have been announced, for Omani citizens and Gulf Cooperation Council (GCC) nationals it is OMR1 for adults, OMR2 for expatriates who reside in Oman and OMR5 for those visitors, who are visiting Oman from abroad.
“As you know Oman is an up-market tourist destination, it attracts the middle class and the upper middle class, people with high income and the prices have been set taking this into consideration. One of our objectives is to reach sustainability when it comes to our finances, to rely less on government funding.”
According to Al Moosawi, the year of austerity has not affected the museum’s vision. “That has not affected the museum’s vision in anyway, the museum had been planned many years in advance and now that it is about to open to the public, that cannot affect the establishment of the museum. However, it poses challenges when it comes to managing and operating the institution, but these will be manageable.”
He also said the museum aims to attract 120,000 visitors during the first 12 months, “Our expectation in numbers for the first 12 months is about 120,000 and within two years we will reach a target of 150,000.”
**media[460686]**
12,583 artefacts
Currently, the museum houses 12,583 artefacts, out of which 5,466 have been conserved and are on display, while 7,117 are still in stores.
The museum features 14 permanent galleries and a learning centre, conservation facilities, a cafe and a gift shop.
It is worth mentioning that the National Museum was established under a Royal Decree, issued on November 20, 2013 and His Highness Sayyid Haitham bin Tariq al Said, the minister of Heritage and Culture is the chairman of the Board of Trustees.