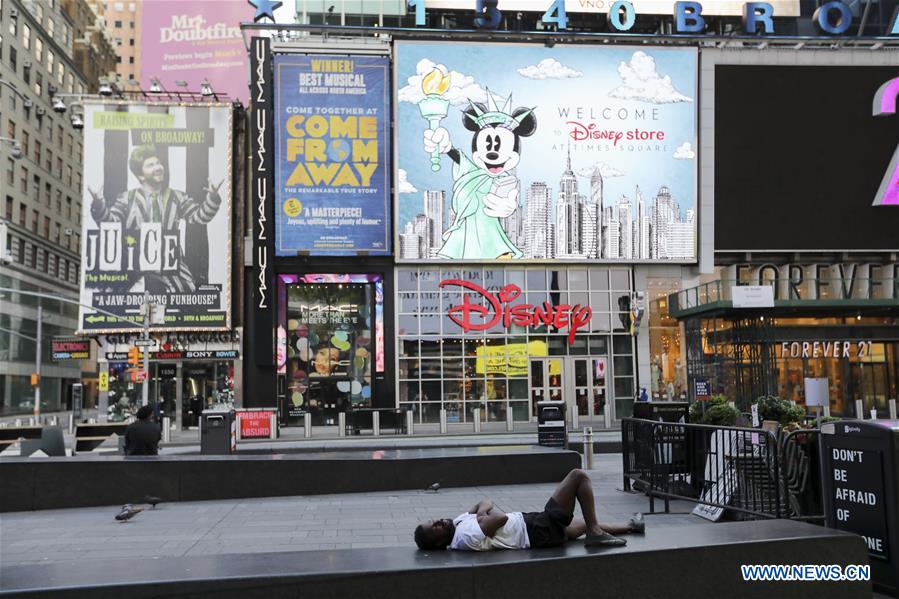 NEW YORK: New York City, the epicenter of the COVID-19 pandemic in the United States, is set to enter phase one of the reopening process on June 8, New York State Governor Andrew Cuomo said on Friday.

"We are on track to open on June 8," Cuomo said at his daily briefing, adding that the city is expected to meet all seven metrics set by the state for a phased reopening before that day.

The city, currently with 199,038 cases according to the city tally and the only region in the state that remains under the "PAUSE" order, still has to get enough hospital beds available before reopening.

Cuomo said some 400,000 New Yorkers are expected to be able to get back to work during phase one. New York City Mayor Bill de Blasio said Thursday that the number would be between 200,000 and 400,000.

Businesses of construction, manufacturing, wholesale trade and curbside pickup for certain types of stores would be able to start operating starting June 8.

Meanwhile, the governor said the five upstate regions that entered phase one on May 15 will now transition to phase two. More types of businesses, including real estate, vehicle sales and hair salons, are allowed to open with limited occupancy and specific guidelines.

Cuomo said 67 new deaths were recorded statewide in the past 24 hours, the lowest single-day death toll since the crisis began in the state.

Another 1,551 new cases were reported, bringing the statewide total to 368,284 as of Friday afternoon, according to the state tally.