A real wow feeling to be back in the middle: Stuart Broad 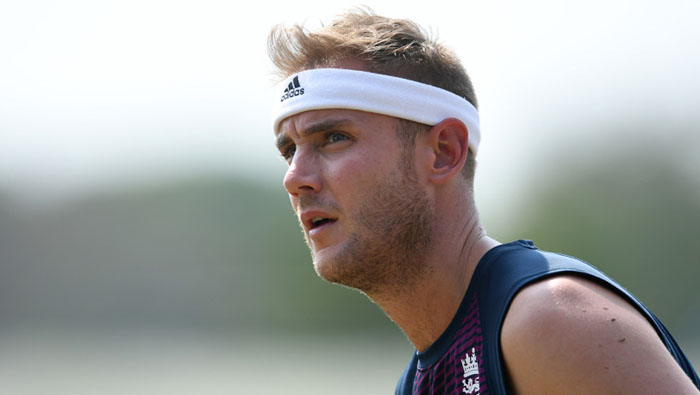 London: With COVID-19 lockdown restrictions easing in several places around the world, cricketers are making the gradual return back to training, under special guidelines to keep them and those around them safe.
Last week, the ICC released guidelines for the resumption of cricket, and players in England are among the first of those shaking off the rust and heading back to the nets to work on their skills and fitness.
England's Stuart Broad, who was given a slot to train at Trent Bridge late last week, was delighted to find his action still pretty "solid". "I was only bowling at an empty net, and yet, when I left Trent Bridge on both Thursday and Friday there was a real ‘wow’ feeling," he wrote in a column for the Daily Mail. "It felt really good to be back out in the middle again.
"After I posted some pictures on Instagram, the number of messages I received from professional cricketers was incredible. There was a common theme – things like ‘I’m so jealous’ and ‘I wish it was me’. Everyone is missing the game."
Physios and players themselves recognise that it may be some time before they reach full fitness. "On the second morning, I woke up at half past six to discover muscles I’d forgotten existed," Broad wrote. "That’s what bowling does to you! Even bending down to touch my toes caused me to grimace a little. I could feel my sides too.
"I wouldn’t call it pain. I was just very aware that my body had been doing something different again."
Apart from a host of precautions in place, including using a set of balls set aside for each player, the bowlers have been trying to implement new habits to ensure the safety of everybody. "I took everything I needed for training with me: bottles, towels, medicine balls, bands that I use for warming up," Chris Woakes explained.
"I was given a box of balls, ready there for me to use once I got into the ground. And then those balls are now mine. No one else will touch them – the whole thing of having one skin on each ball."
Elsewhere in the world, Sri Lanka hope to resume training early next month. Netherlands players have been back at the nets for a few days, while in Australia, some state cricketers began their pre-season work. Indian cricketers, including Smriti Mandhana and Shardul Thakur dusted off their cricket kits, but they, like most players in their country, haven't officially resumed training yet.