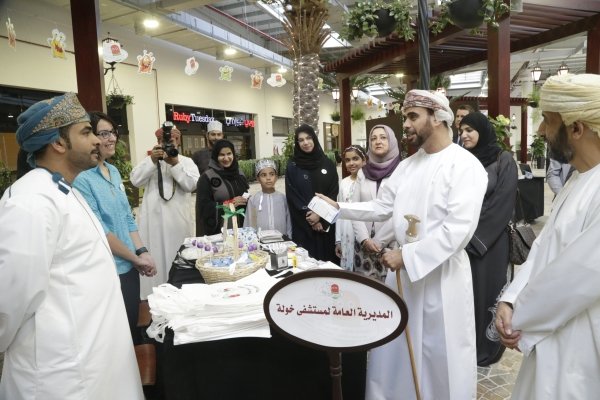 Muscat: Top health officials have warned against sale of antibiotics after it emerged some pharmacies are selling the drugs in the Sultanate without doctor’s prescription, overuse of which creates ‘superbugs’ - bacteria that often can’t be contained even with multiple drugs.
“Antimicrobials are regulated. They should never been dispensed without a prescription. And this is going on for many years now,” Mohammed Saif Al Hosani, Undersecretary (Health Affairs) in the Ministry of Health told Times of Oman (TOO).
**media[406361]**
He said the government has “ongoing audits” in place and any pharmacy which is found not abiding by the regulations “is subject to disciplinary actions”.
“There are many pharmacies... some 25 have been subjected to disciplinary actions over the past one year or so,” he said.
Asked if the regulations involves antibiotics being transported from other countries through airports, he said, “There are regulations in terms of the quantities. As for as personal use, it’s not yet there. But if the quantity increases for even personal use, it’s confiscated. It’s (the drugs) held at the airport and sent to director general of pharmacy and drug control,” the undersecretary said.
To tackle the risk of Antimicrobial Resistance (AMR), the Sultanate under the aegis of the health ministry on Monday launched a national campaign to define the rational use of antibiotics in the health, animals and agriculture sectors.
Al Hosani said the threat is “serious” worldwide and “we might run out of antibiotics” if action isn’t taken quickly.
“It’s serious worldwide. If people are not careful with dispensing antibiotics, we might run out of antibiotics very soon and we will have nothing to fight infections. So it’s extremely serious. Are we worse than other countries? Probably we are much better, but we could be much better than what we are now,” he told TOO.
Health experts, meanwhile, say the threat is real since no new antibiotic drug has been discovered for the last three decades.
“The first lesson is...over the last three decades there has been no new group of antibiotics discovered. The problem of overusing antibiotics means resistance to antibiotics. This mean we will get more and more patients with various diseases that are resistant to antibiotics. Now this will increase the costs of treatment to such patients,” Dr Bashir AP, senior internist and diabetologist, at Badr al Samaa Hospital told TOO.
He said ‘superbugs’ is not a common worry one can identify in the Sultanate but “basically this resistance (to antibiotics) can spread genetically. It’s not an issue of one patient now. It’s an issue of society. And Oman is just like any other developing country. We come across such patients here as well,” he said.
Experts like Dr V.C.P. Mohammed, who specialises in internal medicine said that unnecessary antibiotics come with side effects, drug reaction and widespread resistance to bacteria for which it’s prescribed.