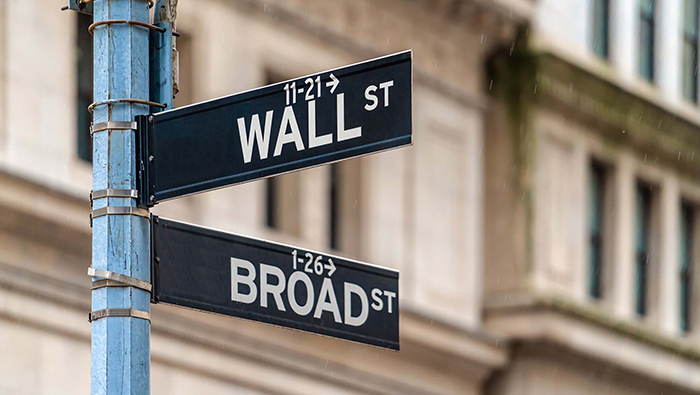 New York: Wall Street's major averages finished the last day of April on a downbeat note, but notched considerable gains for the month.
The Dow Jones Industrial Average slid 288.14 points, or 1.17 per cent, to end at 24,345.72 on Thursday. The S&P 500 was down 27.08 points, or 0.92 per cent, to 2,912.43. The Nasdaq Composite Index decreased 25.16 points, or 0.28 per cent, to 8,889.55.
For the month, the Dow gained 11.1 per cent, while the S&P 500 ended April up 12.7 per cent, representing their best monthly performances since 1987, according to Dow Jones Market Data. The Nasdaq posted a monthly gain of 15.5 per cent, its best such advance since 2000.
The solid monthly gains came despite more data showed the COVID-19 fallout continues to ripple through the country.
About 3.84 million Americans filed for unemployment benefits in the week ending April 25, bringing the total number of claimants in the past six weeks to 30 million due to the coronavirus crisis, the Bureau of Labor Statistics reported on Thursday.
US personal income fell 2 per cent in March and personal consumption expenditures plunged a record 7.5 per cent last month, according to the Bureau of Economic Analysis on Thursday.
The gloomy data came one day after the Commerce Department reported that US real gross domestic product in the first quarter contracted at an annual rate of 4.8 per cent, the biggest quarterly decline since the 2008 financial crisis.
Increased stimulus efforts to protect the pandemic-battered economy and hopes for gradually easing restrictions on businesses helped bolster sentiment, experts noted.
Stressing multiple risks from COVID-19, the Federal Reserve on Wednesday vowed to "use its tools and act as appropriate to support the economy."
The Fed also expects to maintain its benchmark interest rate at the record-low level of near zero "until it is confident that the economy has weathered recent events and is on track to achieve its maximum employment and price stability goals."
The US central bank has already taken a range of extraordinary actions to mitigate the virus-tied damage, including slashing interest rates and launching unlimited quantitative easing.
"The Fed acknowledged the economic hammer blow from the coronavirus and policies implemented to protect against its transmission," Chris Low, chief economist at FHN Financial, said in a note.
This is mainly a crisis for fiscal policy rather than central bank policy, but low rate expectations may assist in the economic recovery phase, said analysts at UBS.
Investors also weighed the possibility of normalising economic activities as some US states mulled plans for reopening.
Sentiment also started to brighten on energy markets by month-end.
The West Texas Intermediate for June delivery soared 25.1 per cent to settle at 18.84 dollars a barrel, following a 22 per cent jump in the previous session. For the month, prices still lost 8 per cent, from the front-month contract settlement on March 31, according to Dow Jones Market Data.
The now-defunct May contract for US benchmark settled in negative territory on April 20, marking the first time an oil futures contract had traded negative in history.