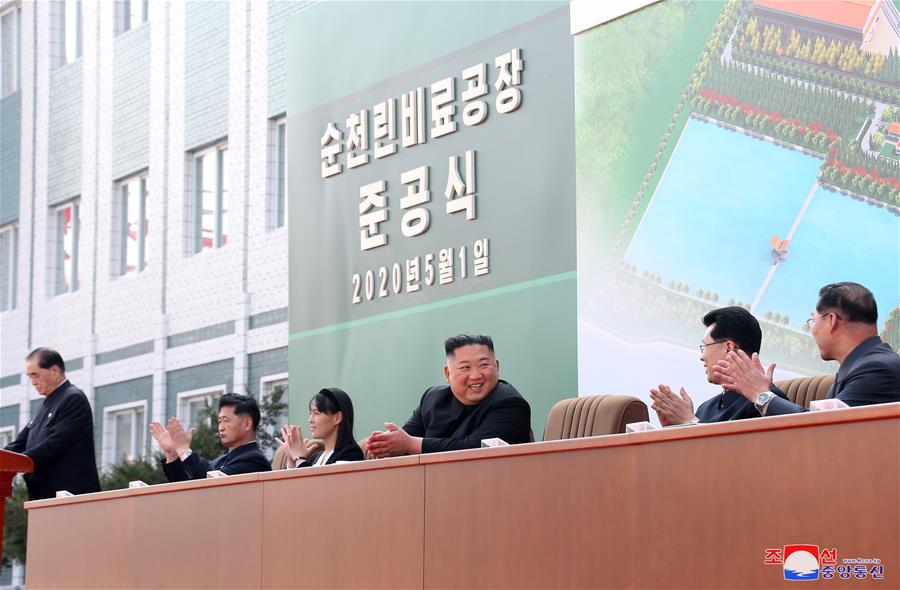 PYONGYANG: Kim Jong Un, top leader of the Democratic People's Republic of Korea (DPRK), attended the ribbon-cutting ceremony of a phosphatic fertilizer factory on Friday, according to the official Korean Central News Agency (KCNA) on Saturday. This was the DPRK top leader's first public appearance in state media in more than 20 days.

"All the participants broke into thunderous cheers of 'hurrah!', extending the greatest glory to the Supreme Leader who has brought about a new change" in the development of fertilizer industry, the report said.

A completion ceremony of the Sunchon Phosphatic Fertilizer Factory, which has been built as the production base of fertilizer, was splendidly held on May Day, the international holiday of the working people of the whole world, the report said.

"Now it has become possible for the agricultural workers to concentrate all their efforts on attaining the grain goal set forth by the party with assurances," KCNA quoted him as saying with satisfaction.

Kim was joined by his sister Kim Yo Jong as well as other senior officials, including Pak Pong Ju, member of the Presidium of the Political Bureau of the Central Committee of the Workers' Party of Korea, it added.

Pak Pong Ju made an inauguration speech, saying the completion of the factory becomes a great auspicious event which has brought great delight to all the agricultural workers and other people of the country.