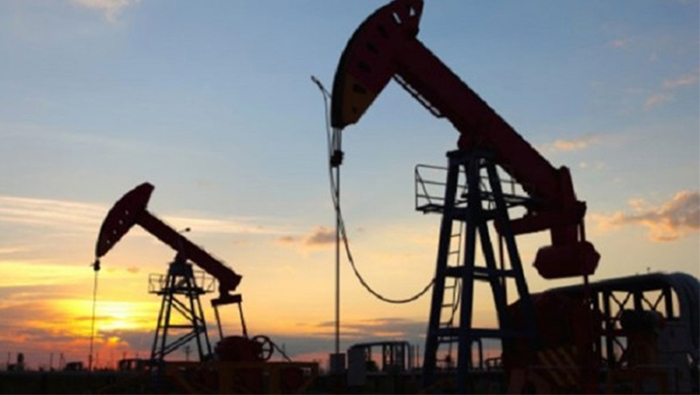 New York: Oil prices suffered heavy losses on Monday amid fears over a growing scarcity of oil storage space as the COVID-19 pandemic wreaked havoc on crude demand.
The West Texas Intermediate for June delivery shed $4.16, or 24.56 per cent, to settle at $12.78 a barrel on Monday, after trading as low as $11.88 earlier in the session.
The international benchmark Brent crude for June delivery dropped 6.76 per cent to close below the 20-dollar mark.
Risks on the demand side amid the COVID-19 pandemic fallout have reignited fears over availability of storage capacities, experts noted.
Storage capacities at Cushing, Oklahoma, a key US oil hub, ballooned to 59.7 million barrels last week, up 8.7 per cent from the prior week, according to the US Energy Information Administration. The storage facility tops out at about 76 million barrels.
Global oil demand is expected to fall by a record 9.3 million barrels per day year-on-year in 2020, the International Energy Agency (IEA) warned in its closely-watched monthly report.
The IEA said that demand in April is estimated to be 29 million barrels per day lower than a year ago, down to a level not seen since 1995, due to virus lockdown.
"We expect US and global crude prices to remain under pressure in the coming weeks," analysts at UBS said in a note, adding the historic production cuts announced by major oil producers are not sufficient to mitigate the pandemic shock.
The Organization of the Petroleum Exporting Countries (OPEC) and its allies led by Russia, a group known as OPEC+, agreed to reduce output by 9.7 million barrels per day for May and June.
The agreement by OPEC members and other oil majors to cut around 10 per cent of global supply is likely too small to offset the roughly 20 per cent decline in demand resulting from COVID-19-related economic restrictions, said UBS analysts.
"Since oil flows slowly on tankers from producer nations to consumer nations, OPEC+ cuts will likely only fully feed through into the markets from June onward," they added.
Monday's heavy losses followed extreme volatility on the oil markets in the previous week.
US oil prices posted a record weekly loss of 32.3 per cent based on the June contract. It is the biggest weekly percentage loss on record based on most-active contracts, according to Dow Jones Market Data. June Brent declined 23.6 per cent for the week ending Friday.
The now-defunct May contract for the US benchmark settled in negative territory last Monday, marking the first time an oil futures contract had traded negative in history.