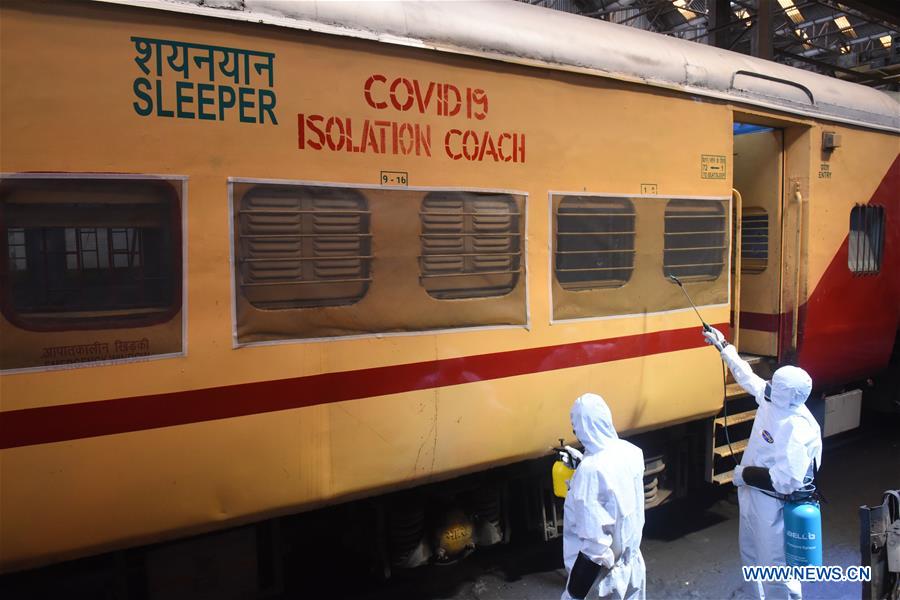 NEW DELHI: Discussions are underway in India regarding whether to extend the 40-day lockdown, imposed to fight COVID-19 and slated to end on May 3.

Prime Minister Narendra Modi on Monday held a video conference with chief ministers of states and received feedback on the matter.

The lockdown has so far yielded positive results in India as the country managed to save thousands of lives in the past one-and-a-half months, said Modi during the conference.

In the past eight weeks there have been a total of 886 deaths and 28,380 positive cases of COVID-19 in the country.

As of now, 6,361 people have been cured across the country which shows a recovery rate of around 22.17 percent, according to a Health Ministry statement.

At Monday's video conference, Modi is said to have told the chief ministers that India has so far succeeded in checking the spread of COVID-19.

But he warned that the danger was not yet over as experts still believed that the impact of the virus would be visible in the coming days, weeks and months.

"Due to timely measures, India has been able to protect many people," Modi said and forewarned that the danger of the virus was "far from over" and constant vigilance was of paramount importance, said a statement issued by the Prime Minister's Office.

The current lockdown's first phase of 21 days was from March 25 till April 14, and the second phase of 19 days is continuing till May 3.

Modi underlined that as per experts, the impact of COVID-19 will remain visible in the coming months. Reiterating the mantra of 'do gaz doori' (two yards distance), he stated at the video conference that masks and face-covers would become "part of our lives" in the days ahead.

During the conference, the chief ministers suggested measures to meet economic challenges and boost health infrastructure. They also stressed on the need to keep a close vigil on international borders.