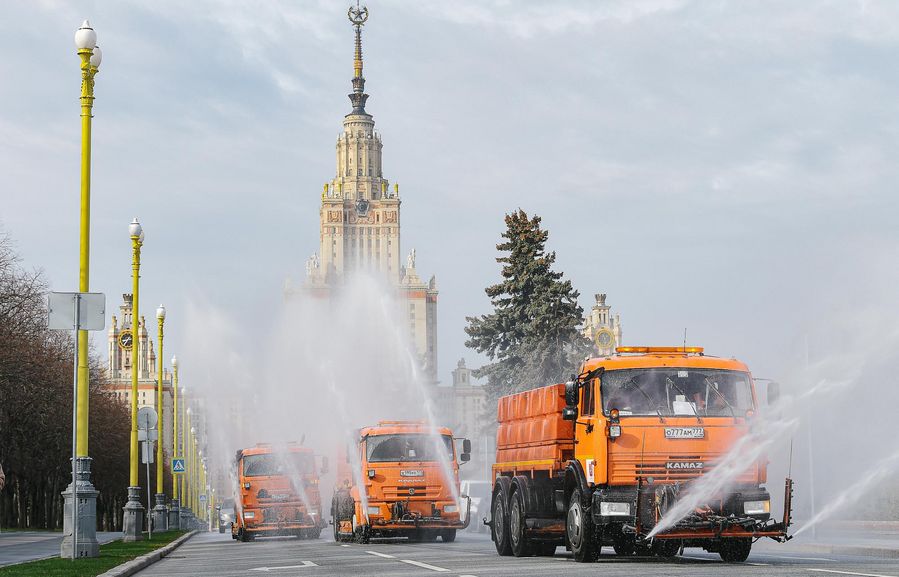 MOSCOW: Russia's daily confirmed cases have registered a new record of 6,361 over the past 24 hours, raising the total number of COVID-19 infections to 80,949 as of Sunday, the country's coronavirus response center said in a statement.

The daily increase rebounded to its highest six days after the previous peak of 6,060 on April 19, the center's data showed.

The Moscow-to-nation ratio has been declining, indicating that smaller cities in the country now face rising risks.