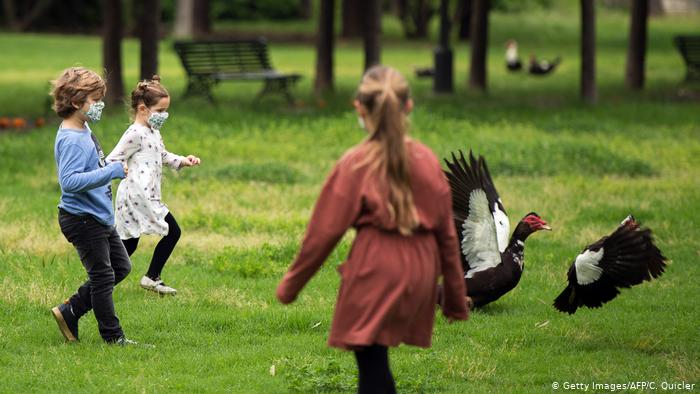 Spain's daily coronavirus death toll dropped to 288 on Sunday, the lowest figure since March 20. The new figure, which marks a significant decrease from Saturday's toll of 378, brings the country's total number of deaths to 22,902.

Spain, which has the third-highest number of deaths after the United States and Italy, also took steps to ease its lockdown measures, which have been in place since March 14.

In Spain, only adults have been allowed to leave the house for essential purposes, while children have been confined to the indoors. However, from Sunday, children under 14 are allowed to go out once a day, for one hour between 9 a.m. and 9 p.m., and within one kilometer (0.6 miles) of their home.

All Spaniards will be allowed out for exercise and to take walks starting next weekend, Prime Minister Pedro Sanchez said Saturday. The government is also expected to unveil its broader lockdown exit plan on Tuesday, Sanchez said.