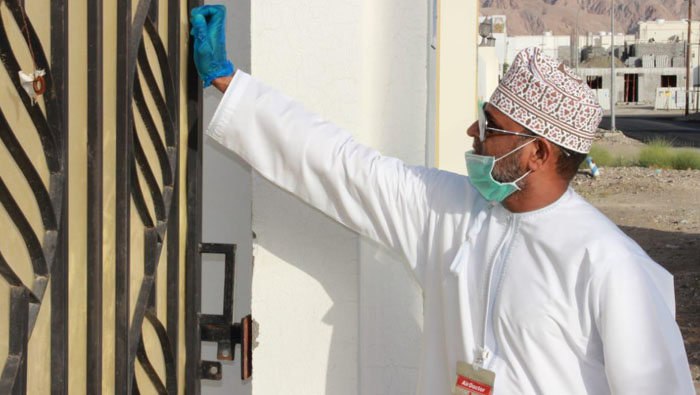 Muscat: To ensure the care of expatriate workers in Oman, Dar Al Atta'a has been distributing meals to them at the camps in which they reside.
Their efforts come as part of the initiatives launched by charitable organisations in Oman to take care of the vulnerable during the time of COVID-19. Dar Al Atta'a Association has distributed 1,400 food items since the beginning of the pandemic in addition to distribution of meals at expatriate labour accommodations. These were done in collaboration with Carrefour, Lulu and Oman Post, with help from charity teams in Muttrah and Amerat.
Around 950 food parcels for 650 families were also provided by WJ Towell and Carrefour, and these were distributed by volunteers from charity organisations in Muttrah, alongside Oman Post. Furthermore, over 200 meals are distributed to expatriate workers in the Wilayat of Muttrah on a daily basis, in cooperation with Ali Thani Restaurant.
Dr Shamsa Al Harthi, Director General of Dar Al Atta'a expressed her thanks and that of the association to all who donated and supported the campaign. She said that the current cooperation would no doubt have an effect on the future of the individual and society.
“We work in coordination with all departments concerned to ensure that distribution cover a big sector of citizens and residents,” she said. “We express our thanks and appreciation to all who contributed and donated to mitigate the impacts of this pandemic.”